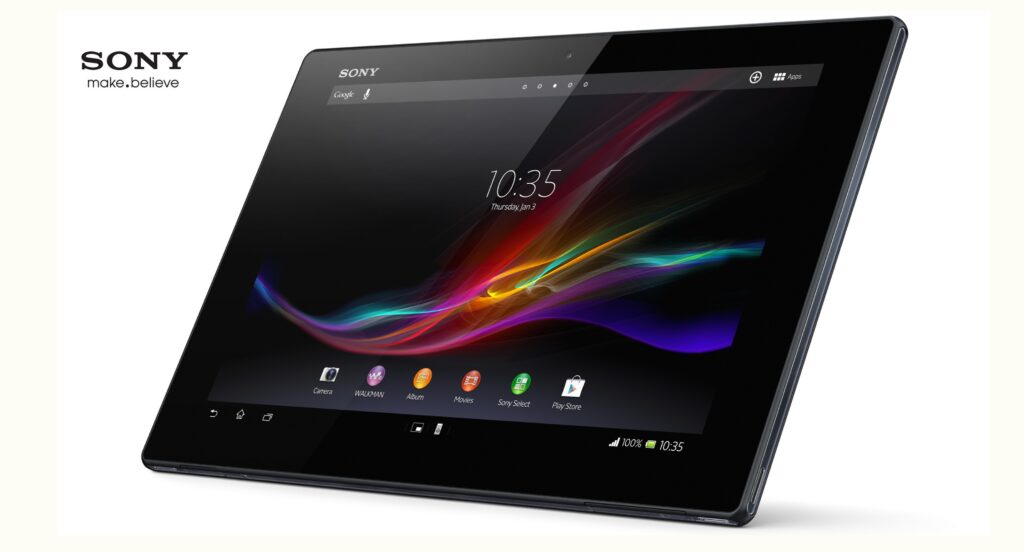 A New report on the Taiwanese publication Digitimes claims that the known mobile phones manufacturer Sony is looking at launching a new 12.9 inch display tablet device in the first half of next year. When we first heard about the rumored Sony Xperia Z4 tablet Ultra in mid-December, we thought that it is fake in all senses of the word and yet there is another rumor that give credence to the past claims.

According to this report, Sony might be joining Apple in Producing Large-sized tablets, by manufacturing the Z4 Tablet in 2015. This report tells that Sony starts the manufacture of this tablet in large quantity and this mass production tablet will be released in the first half of 2015.

The Company doesn’t name it as Xperia Z4 ultra especially, but the specifications that it has listed for this rumor is provided by the Digitimes Publications. The Tablet is said to come with a 12.9 inch Display with 3840 x 2400 resolution. It is equipped with Qualcomm Snapdragon 810 processor with a max CPU clock speed of 2.86GHz which will provide the oomph. It can run on Android OS.

It has 8 Megapixel Camera which is most likely the Superior Auto resolution as the rest sounds like a change over the Xperia Z3 camera with a finer lens. The thickness of the body is 8.6mm which is thin as compared to some of the other tablets. It has 6 GB of RAM and 64 GB of storage capacity with Play Station 4 Remote play support, which sound more believable. The battery attached is of 12,100 mAh capacity. Its design is similar to the Xperia Z3 Tablet Compact.

All things considered it sounds excessively great to be valid. I’m readily concede on the off chance that I am wrong and Sony does haul this out creature at CES or MWC 2015, however for the time being I’m doubtful without a doubt.