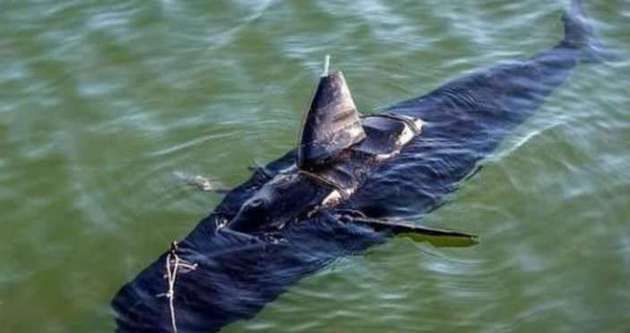 The robotics have started taking the world by their power. Not like the way we see in science fiction where robots literally start ruling the world. Robots have started replacing human hands in many fields. Before a job took nearly twice the time it takes for a robot to do it now. Cars, planes and all sorts of automobiles are being manufactured by these automated giants where they put complex tool together to obtain the finished product. This is not just limited to automobile industry but food industry, construction, even dairy farming industries today make use of these intelligent systems to increase productivity. Special robots are also developed to enforce security and surveillance. We commonly call them drones. There has been a striking increase in the production of these drones to perform various tasks, but till now they mainly covered the land by aerial means. To break this stereotype a new type of drone is invented and being tested by U. S. Navy that has the power to navigate in water. It is a robotic spy tuna.

It is currently a mere prototype but during testing it has provided excellent results. U. S. Navy is currently testing it in Expeditionary Base East in Virginia Beach. This silent Nemo drone has rightly earned its name by the Navy officials as the Ghost Swimmer. The logic behind entitling it so, is that it has very swift movement in the water and is easily disguised as any other normal fish roaming around. It is designed in the manner that it rightly depicts a living counterpart.

The Silent Nemo measures full five feet in length and weighs around 100 pounds. It is very light as compared to the living biological specimens of the same dimensions. Its lightweight also greatly supports its motion through the water. This prototype is developed by Navy’s Rapid Innovation Cell. The most challenging task during the development was to amalgamate thousands of years of evolution of marine beings into this amazing robotic equal. Not only it provided extreme difficulty because of water exposure but it also had to be checked for the amount of damage it can receive for the water to seep into its essential systems to corrode the circuits.

The basic approach developers applied in inventing this mini shark was to reverse enginner the system nature has provided and believe me it is not as easy as it sounds. The complexity increases exponentially at every stage making it very difficult to encompass all the functionality at the same time maintain an acceptable level of efficiency. The drone is expected to be released in full form in the coming year. Silent Nemo is an excellent example of biomimicry, and as such it is much harder to detect it in the water than any other drone. Since it provides a great deal of camouflage its potential also much more than any other conventional drone. A little while earlier the military had produced a similar kind of drone which had a bird like exterior and portrayed many gestures that were quite convincing its appearance.

How To Automate Email Marketing with Automation360