The mighty Google doesn’t even takes a day off making the headlines. And rightly so it earns the popularity it receives. Not only have the greatest inventions of all times walked out on the red carpet gloriously from GoogleX, but the latest technology it supplies to the world is mesmerizing. Concepts beyond the scope of human imagination take form everyday inside Google’s labs. Driverless cars, Project Wing, Project Ara are just a few to be named. And even the tech fans expect a lot from this corporation. Till now Google has launched its products not only in the field of World Wide Web, but also in various other fields like telecommunication, automobiles, robotics etc. And now Google has geared up to make its contribution to the field of medicine as well. Google claims to have a hand in preparation of the world’s first ever cancer detecting pills.

Stanford University Professor Sam Gambhir is the focal point in this new venture. Professor Gambhir undertakes radiology, bioengineering and material sciences and is also the director of reputed Canary Centre for Cancer Early Detection. His life aim is to procure a method or a process through which cancer signs can be detected at a very early stage, at the point sooner than when we detect it today. Cancer is considered one of the biggest biological threats in today’s date and aptly it has secured its infamous position since the disease spreads very fast and becomes incurable before appropriate steps can be taken. There are a very few lucky enough to free themselves from the trap of cancer. 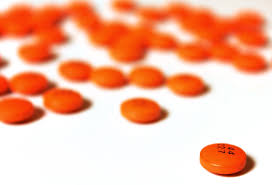 Andrew Conrad and Vik Bajaj collaborated with Professor Gambhir to bring fruitful results of this quest to give mankind a healthier future. These hard efforts are currently being carried out inside Google X in the ‘Moonshots’ research lab. The cancer detecting pill is based on the Nanoparticle Platform. Nanoparticle Platform is the term given to the concept where the nanoparticles will attach themselves to the cancer molecule in the bloodstream. These nanoparticles are actually the contents of the pills which will be taken orally. The nanoparticle formation will be picked up by the magnetic properties of a wearable device. According to Professor Gambhir the patterns picked up by the wearable device will help in analyzing the presence of cancer cells. He says this is one of the methods which will help detect cancer without drawing blood samples.

Now the role of Google comes into play. The company has hired some of the most brilliant minds living in this earth to assist Professor Gambhir to make this dream come to reality. Google has accumulated a team of researchers belonging to various disciplines to work cooperatively under this project. Not only these miraculous pills are hoping to get out of research labs but are also hoping to make an impact on the market after passing through the appropriate diagnostics. As for the time being this technology has a long way to go and at some point of development a green flag form Food and Drug Administration will also be required for it to hit the drug stores.