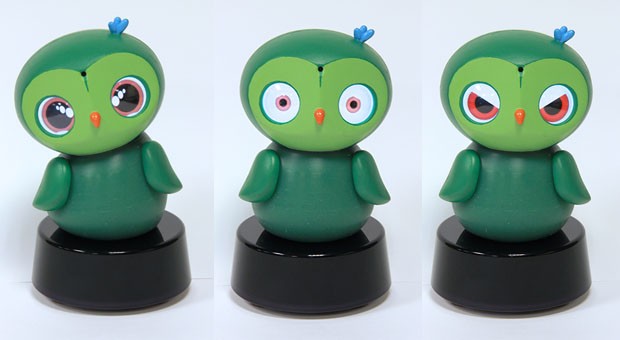 Machine learning with artificial intelligence have recently grabbed the attention of tech geeks. Undoubtedly this is an emerging field providing a lot of scope and inventions to come. Scientists have turned to this field mainly to assist the generation with some of the remarkable robots that will not only ease the load of daily tasks but also enhance us to improve in physical, mental and psychological manner. We have seen a recent increase in the trend of robotics with some of the fantastic machines entering the arena like dyson 360, paro seal and jibo etc. A new invention in the same field is Ixi-Play which will help your toddler to grow and learn appropriately in his prime years.

Now, thanks to robotics, toys can spring to life and react intelligently to a child’s input.  Ixi-Play is an engaging robot buddy offering young kids playful interaction in the form of tangible games. This addresses the need of numerous parents to make their children responsibly occupy themselves and simultaneously sufficiently support these children to become the best they can be.  IXI-play an adorable robot buddy built to support childhood development.  Behind his big sweet eyes, ixi-play is an advanced robot equipped with face detection, color, and voice recognition and he was designed to actively engage with your child. He can see, hear, feel, move, dance and express wonderfully life-like emotion. Children are drawn to ixi-play and the strategic educational content built into his game repertoire supports their development. IXI-Play is a project created by a Dutch company called WittyWorX, which hopes to crowd-fund their idea. WittyWorX has plans for a number of other apps, including: language learning, time keeping, photo/video camera, music player, counting and math, and dancing. IXI-Play has a soft body that can tilt and flex, its eyes are actually small LCD screens that can blink and express emotions.  The company is currently looking at developing accessories that will work together with the robot, as well as tablet and smartphone connectivity. WittyWorX is now in the process of crowd-funding the commercial development of ixi-play, and is taking pre-orders. A payment of US$299 will put you on the list to get one, when and if shipments begin late next year.

An Android-powered robot, Ixi-play has 4.2, a dual-core ARM Cortex A9 CPU, 1GB RAM and a 720p camera, the owlish ‘bot has face, card and object detection, voice recognition, a touch-sensor on the head, eye displays for animations, a tweeter/woofer speaker combo and child-proof “high robustness.” For motion, the team adopted a design used in flight simulators, giving ixi-play “agile and silent” 3-axis translation and rotation moves. The robot can also simply be used to keep the kids entertained, in place of a less-interactive TV or a too-busy/burnt-out parent. Additionally, ixi-play is able to serve as a baby monitor. Using its camera, mics and Wi-Fi, parents can check in on infants via their iOS or Android mobile device. Rather than busy parents having to resort to leaving the kids with the TV or tablet games they can use ixi-play to ensure that kids are learning and having fun instead.