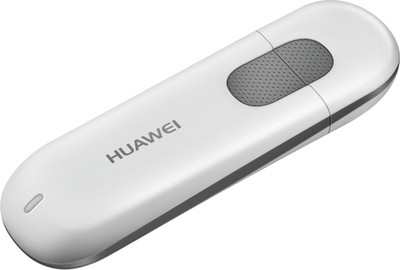 Though mobile phones come with 3G connectivity, feature phones and many tablets do not have the facility to access the same on their own. Moreover, even though Android devices have ability to create WiFi hotspot, in doing so they can lose a lot of battery charge in a quick time. Hence, WiFi data cards are so important.

Here we have five such data cards with ability to create WiFi hotspot.

Huawei E5151 is pocket WiFi device that can support upto 10 devices and claims to offer 21.6 Mbps speed. It has a full sized SIM card slot, so you can use a 3G SIM card to create WiFi hotspot, no need to plug in a data card or the LAN cable though it has provisions for both too.

Currently available for Rs 1,999, the Tata Docomo Photon Max WiFi can serve up to 5 WiFi devices simultaneously and is capable of reaching download speeds of up to 6.2 Mbps. Tata Docomo claims that the WiFi hotspot has a range of 100 metres. Moreover, Tata Docomo offers free roaming across India. Tata Docomo also offers several lucrative internet plans with this device.

Available for just underRs 3,000, the Beetel 3G Max comes with 3G SIM support and offers download speed of 7.2 Mbps and upload speed of 5.76 Mbps. It has an expandable storage slot as well which can support a micro SD card of up to 32 GB. The 3G Max has a 1500 mAh battery that has a life of 4 hours when active and 40 hours on standby mode. Using this router, you can create WiFi hotspot for five devices. The Beetel 3G Max has a range of 10 meter or 30 feet.

It is currently available in India for about Rs 5,500. The ZTE MF60 has an OLED screen that provides indication of signal strength, roam status, WiFi, battery, WAN Connection mode and status, SPN, etc. It has 64 MB RAM and 1500 mAh battery which should offer 4-5 hours of talktime. The 75 grams weighing ZTE MF60 offers HSPA+”>HSPA connectivity speed that includes 21.6 Mbps download speed and 5.76 Mbps upload speed. This data card also comes with an expandable storage slot that can accommodate a micro SD card of up to 32 GB. You can use a SIM card of any operator in this MiFi.

It too comes with a 3G SIM card slot and helps creating a WiFi hotspot to which 10 users can connect at the same time. The TP Link M5330 is able to provide 21.6 Mbps download and 5.76 Mbps upload speed. It has a 2000 mAh battery that claimed to offer 7-10 hours of together. It has got an OLED display as well that shows vital statistics like signal strength, network type (2G/3G), Wi-Fi status, message, Internet connection status, battery meter, connection mode and traffic statistics. Currently, it is retailing for around Rs 4,500.