There is no denying that the mobile application industry is massive. Everyone in the world is aware of what technological apps are in this new era of digital technology. Furthermore, apps have become an essential part of the tablet or smartphone experience; they are now a part of our daily routines at home and even at work. People nowadays are so obsessed with apps that they are glued to their smart devices wherever and whenever they are. Humans are obsessed with such apps because they are convenient; they allow us to do tasks and entertain ourselves in a more efficient and engaging manner.

However, not all apps are created equal. Consumer and enterprise apps, in particular, can be divided into different categories. Following Matt Long – CEO of Groove Technology (The company that provides hired remote software developers), these two types of apps can be paired with a specific operating system, such as iOS or Android, but they serve different purposes and serve different clients.

Let’s look at what enterprise apps and consumer apps are, as well as their similarities and differences.

What are Enterprise Apps?

Some popular examples of enterprise apps include Hubspot as a marketing tool and LiquidPlanner for project planning and management. 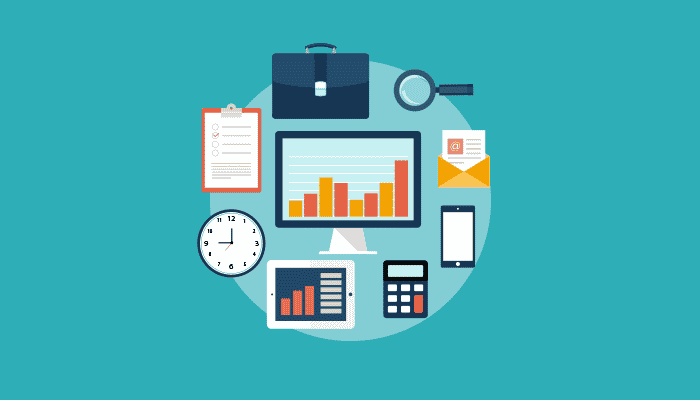 What are Consumer Apps?

Consumer apps are apps designed for customers based on an individual customer’s needs and wants. They help the users in their day-to-day lives and improve them. Consumer apps are usually developed with a commercial purpose and get their revenues from app purchases or ad impressions. Consumer apps are very well known and popular and are easily available to download from the Play Store or App Store.

Some popular examples of consumer apps include Facebook, Instagram, WhatsApp, economy-sharing solutions such as Grab, Uber, Airbnb, and games such as Candy Crush, Clash of Clans, etc. 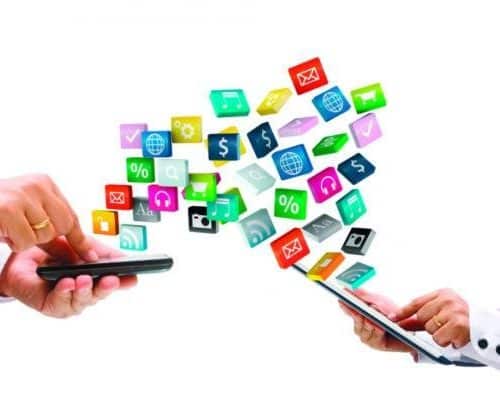 First and foremost, we can tell that both of them are apps that we use all day every day. However, there are some noteworthy similarities between enterprise and consumer apps, such as:

There are unquestionably more differences than similarities in the love story of consumer and enterprise apps. Are you wondering why they don’t belong together? Let us investigate!

As the definitions suggest, consumer apps are aimed at everyone rather than a specific individual, group, or organization. Enterprise apps, on the other hand, have a clear idea of who their customers will be – businesses. Although this is a much smaller segment than consumer apps, enterprise apps have their own efficient way of making a lot of money from their customers. This will be covered further in the article.

Anyone can download consumer apps from the Google Play and Apple App Stores. Individuals cannot easily download enterprise apps, and they are not user-friendly or suitable for day-to-day use. They are designed for operational activities within businesses, which typically have strict security and confidentiality rules, and thus access is limited to employers and employees of the same organization.

The most important and crucial aspect of consumer apps is their design. Because consumer apps are designed to target individuals and their needs and desires, the app must be designed in a way that attracts and retains users. Part design is not given much weight in business. Creating a visually appealing app may not be required.

Consumer app developers want positive app store reviews as well as positive word of mouth from users so that they can increase the number of users and make a lot of money from subscriptions, in-app purchases, or ads. In contrast, enterprise app developers’ primary goal is to increase efficiencies and revenue for clients by streamlining processes and creating appealing interfaces that encourage employee efficiency and enjoyment.

Having no specific target leaves consumer apps with no specific types. Because our preferences and needs for certain things in life are so varied, consumer apps, as human servants, must play active and variable roles in every aspect. However, consumer apps cover a wide range of professions, including but not limited to social networks, gaming, music, photography, and news in various categories (politics, entertainment, education, health, finance, travel, transportation, etc).

In the business world, enterprise apps are classified into two types based on their target audience:

On the one hand, open apps are mostly time tracking, billing, and payment processing applications. These apps have a generic function that can be used internally, and their sales target multiple individual businesses in a variety of industries.

Closed apps, on the other hand, serve a much more specific purpose than open ones. A closed app’s functionalities are not as basic and simple as task tracking and cash flow management, but rather reflect a set of unique expectations such as tracking down inventories and distribution chains by connecting internal networks among partners and automatically extracting, analyzing, and categorizing needed data from those servers for each distinct application within the company.

Closed apps necessitate a high-level skill set in order to fully understand customer exclusive demands and successfully develop an app that has never been seen before on the market.

Enterprise apps, particularly closed apps, are generally more expensive than consumer apps, despite having a smaller target audience, because they are much more difficult to develop. According to the statements above, closed apps are developed on a custom basis and require a greater investment in time and resources than consumer apps.

The competition in this niche is fierce, which is understandable given that the audience set is far too large, implying that new entrants and substitutes pose significant threats. There is always “that guy,” a showy green-horn who appears out of nowhere with a shiny new “toy” on the table. Everyone gets hyped up, and you’ve lost your point after just one night.

A top-downloaded consumer app today may be the last in the chart tomorrow, and an app that was nowhere in sight yesterday may be a craze today – who knows? This may be an opportunity for the freshmen, but it will be a significant challenge for the seniors.

To combat “that guy,” one must try to retain as many users as possible for one’s own. Most of the time, low pricing appears to be a good strategy. Almost no middle-class man, who makes up the majority of society, is going to spend too much money on an app that they know will soon be obsolete (except for professional apps like Adobe CC, Final Cut Pro, and so on, which are required for some people’s jobs).

Consumer apps, on the other hand, should not be overpriced. If your price is too high, customers will simply abandon you in favor of another app with similar functionality but a much lower subscription or in-app purchase. You’re doomed if there’s no candy left for you. Instead, consumer app developers should expand their reach. Attempt to acquire and retain as many users as possible as quickly as possible.

However, the story does not end there. Growing in size is only the starting point for skyrocketing profits. The greater the number of users, the larger and more diverse the database—or market. As a result, they have become a valuable commodity in the eyes of other businesses. Thus, a consumer app is both a product sold exclusively to consumers and a marketing channel through which another company can market its product. Because they are an intermediary, the manufacturers benefit even more.

For enterprise apps, the story is both similar and distinct. There are two revenue streams for enterprise apps: direct and indirect. Because of the customisation factor in the development process, an enterprise app manufacturer can charge businesses a one-time fee for a lifetime license. The more apps these companies license to other businesses, the more money they make.

Alternatively, such apps could generate revenue indirectly. Because the efficiencies provided by these applications frequently add up to significant savings in time and operating costs to enterprises over time, enterprise app manufacturers could ask for a percentage share of that company’s profit (which will almost certainly increase due to the optimisation effect the app brings about), or provide a subscription-based service as discussed.