Blockchain: DDoS assaults have increased dramatically in frequency and severity over the past year. For example, according to a report released by the US technology company Neustar, DDoS attacks on their clients rose by 200 per cent in Q1 2019 compared to Q1 2018.

In light of the growing danger from cybercrime, we investigate if Blockchain technology might provide a more safe alternative to current security measures. Let’s check it out.

DDoS attacks aren’t the problem; they’re the fact that they’re occurring. Security mechanisms now in place aren’t strong enough to deal with the attacker’s might. Not only do they slow down the systems they’re supposed to be protecting, but they also cause further problems for network users. The reason for this is that current DDoS defences rely on centralised systems. But when faced with distributed attacks, this appears to be an ineffective response. In other words, it’s like trying to fit the square peg into a round hole.

A distributed denial of service (DDoS) assault is exactly what it sounds like. In order to carry out the assault, the attacker first gains control of machines that are vulnerable and then launches it simultaneously. Because of the proliferation of non-secure digital gadgets, this problem is only becoming worse. There is also a growing Internet of Things (IoT) that may add millions of linked devices such as TVs, vehicles, industrial gear, and more to the list of botnet targets available to attackers.

Also Read: What Is Blockchain Technology And Its Benefits?

Extinguishing the Flames with More Fire

Defending against a decentralised attack necessitates an equally decentralised response. Distributed systems were the goal while creating the blockchain. A DDoS attack would be no problem for it. Quite a few people believe this.

Since its inception, Blockchain has mostly been used to facilitate secure asset transfers between two parties without the involvement of a third-party intermediary. Only fresh records may be added to the decentralised database. Distributed to all the other nodes in its defined area. When one database copy is hacked, the remainder of the network just disconnects from it and continues as normal. Immutable ledger, the mechanism that verifies and records each transaction, is built on a distributed database in Blockchain.

So it appears that Blockchain is built to resist a DDoS assault by design. ” First, it removes the possibility of a single point of failure, which is important. As long as it has a list of compromised IPs, it will be able to withstand any attempts to disrupt it. Users can obtain a secure copy of the list by switching to another node on the network as soon as a compromised server with the list is discovered.

There are a few cyber security companies that are considering renting out network and bandwidth services to customers. Computing resources can be used to mitigate the damage caused by a distributed denial of service (DDoS). A DDoS attack can be mitigated by utilising the resources of a Blockchain.

The Opposite of Every Argument

There are, however, a number of issues that might limit Blockchain’s usefulness as a DDoS mitigation solution.

As a first step, there is a dearth of backend experience and consultants that can connect the technology to unique business processes throughout the world. People who are capable of bringing new technologies from conception to implementation are scarce. Against DDoS assaults, this is a major drawback for Blockchain.. For particular instances, it may take some time before solutions can be tailored. Perhaps it will be too late by then.

A large number of current and new rules are not yet able to be met by this new technology. All databases must be able to perform the Create, Read, Update and Delete (CRUD) functions, as mandated by the EU’s General Data Protection Regulation (GDPR). It is impossible to ensure that personal information will not be kept outside of the EU in the Blockchain database because it is distributed. When it comes to assaults that originate anywhere in the globe, these limits might limit its effectiveness.

The Blockchain will also have to interact with older applications, and this may necessitate large and expensive upgrades to current systems. Another factor that might deter enterprises from adopting the technology is the power and storage needs.

Regardless of sector or location, these challenges must be addressed in order to establish Blockchain as a credible weapon against DDoS.

Defending against the decentralised nature of DDoS assaults may be possible with the help of blockchain technology. A diamond-in-the-rough that has to be polished before its full potential may be realised, although 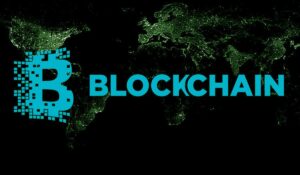 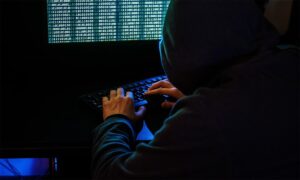