Operator skins are something every Valorant sniper player wants. If you like sniping in Valorant, Operator becomes your first choice. It has a shooting range of 0-50M with 255 damage on the head, 150 on Torso, and 120 on Legs. If you are an Operator player, you may want to buy a skin to show off in the game.

This article is all about the best operator skins you can buy in Valorant based on their popularity. If you are not interested in buying Operator, you can also check out the list of the best ghost skins in Valorant.

The Reaver skin series was the premium beta skin line and the only developing skin line exhibited during the game’s early days. It turned out to be quite popular among beta players. Riot Games tweeted “I am coming” when the reaver placed the main game on its grounds. Reaver Operator is certainly Valorant’s greatest operator skin with 4 magnificent versions.

The Reaver Operator skin amazes players with its unique reloading and death animation. Its Kill effect with a sound effect just satisfies the player’s wants.

This Operator skin is part of the Reaver collection that was released on November 3, 2020.

Elderflame operator is one of the most valuable operator skins in the Valorant. The dragon itself wakes up to an incredible experience of reloading the weapon and the animations when you switch to the other weapon (melee or pistol). Its dragon animation, VFX, and finisher attract users to keep using it. This is necessary for your skin collection Inventory, so make sure that you pick it up when you ever see it in the Store or on the Night Market.

This Operator skin is part of the Elderflame Collection that was released on July 9th, 2020.

Thanks to its elegant science-fiction design or style, Ion Operator appears to have a modern glow with some amazing scientific research around it. The white skin looks very smooth with blue patterns. Sadly, there are no additional versions on this skin.

This Operator skin is part of the Ion Collection that was released on November 10, 2020.

The most hyped skin set ever at Valorant was definitely – Glitchpop 2.0 Collection. This cyberpunk-inspired fantasy skin features 4 wonderful varieties. After eliminating the last adversary, it’s always great to view the sky’s unicorn and yell “UNICO!!!.” It is also the Favourite of many Gamers around the Valorant Community.

This Operator skin is part of The Glitchpop 2.0 Collection that was released in February 2021.

Gravitational Neuroblaster Uranium Operator is a sci-fi 1960’s type adventure and wouldn’t have been in the Outer Worlds or Fallout. There are 4 versions for this operator, and each version has distinctive colors.

This operator skin is part of the Gravitational Uranium Neuroblaster Collection that was released in October 2021.

These operator skins are some of the most popular and most used in the game of Valorant. The bad thing is that you don’t know when these skins will be available to buy on the store pages or night market. That’s why you have to regularly check its store page in order to see if they are available for purchase. If you think we missed any of your favorite skins that deserve to be on this list, don’t hesitate to comment down below. 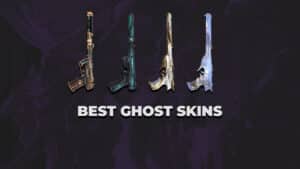 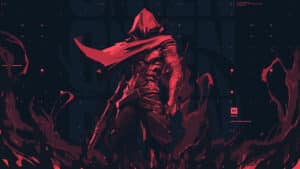 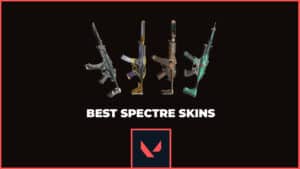