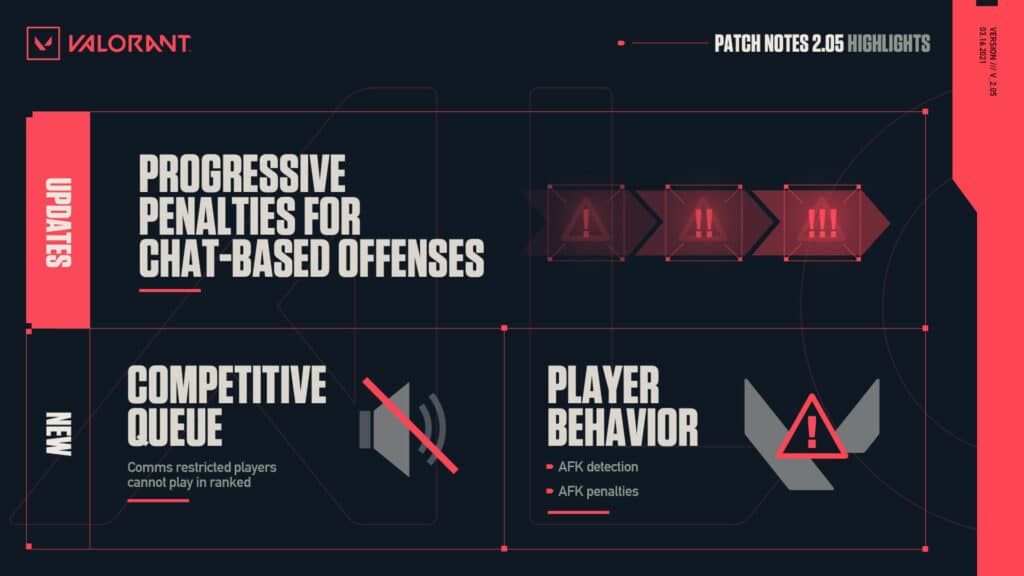 With the update 2.05 of Valorant, Riot is expected to include a series of significant competitive updates.

In order to endure the unforgiving sports scene, the competitive ecosystem of a game so great as Valorant must still be up to the mark. To this end, in an effort to improve the player experience, Riot introduces improvements in nearly every patch upgrade. They also attempt to strengthen the fines given to players who hamper the balance of competition.