This week there to be exciting updates for the players in Valorant. Patch 2.0 is upgrading with buff and nerfs for Brimstone and Omen. Updates will also provide Episode 2 ACT 1 that will add a new stealth-concentrate agent named Yoru. Details about Valorant Patch 2.0 leaked a few days ago its official release after developer Riot Games invited influencers to try out the gameplay changes. To one side from the upcoming agent of kit capabilities, tests reveal some of the expected nerfs and buff that is going to live this most interesting update has been compiled by YouTube channelGameLeap Valorant Pro Guides and confirmed that matches will receive significant power increases among the Agents. Its basic ability to incendiary will be lower prices since $300 at $200 to only once the update goes live. The range of Brimstone’s smoke is extended from 4,200 to 5,000, while his smoke duration is greatly increased from 14.25 seconds up to 19.25 seconds, small updates for agents will make stim beacon instantly use once.

Valorant patch 2.0 is going to be different for Agent Omen, though. A few of Shadow Hunter’s abilities are getting nerfed, the cost of omen’s paranoia is increased by 100% from $200 to $400, his smoke speed is reduced by 30% from 4,000 to 2,800. well, with many players considering omen has the highest receiving rate than other agents over the months. But that’s the same reason why the character gets nerfed

The classic pistol is also expected to get nerfed once the Valorant Patch 2.0 patch arrives. As the YouTube video shows itself, subsequent wider gunshots will spread more after the update. At the same time, the most anticipated group of content is part of episode 2 Act 1, which will provide an agent new named Yoru.

More details about Yoru and Episode 2 Act 1 will be presented by Riot Games developers through a Twitch stream on Jan. 11, at 10 a.m. PST. It will be followed by the release of the Valorant patch 2.0 on Tuesday, Jan. 12.

According to the leak by u/Retro-Indietro, his First ability will create footstep sounds, which the player can then send ahead by throwing the ability forward. These can be toggled using various methods and even activate teleporters and other intractable objects on maps.

His Second ability will be a different variation on Phoenix’s Flash, which can be thrown and will activate after it makes contact with a surface. He can also place portals down with his Third ability, throwing them with the fire button or anchoring them with alt-fire before hitting the ability again to use the teleport, though none of this has been confirmed. 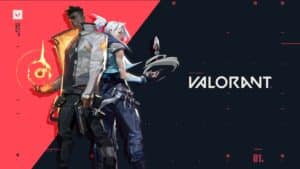 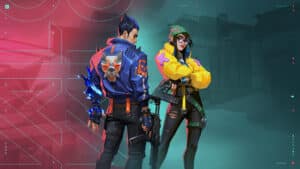