Julia is a modern programming language developed with an aim to being available as a free, high-level, and fast language. Julia was officially unveiled to the world in 2012 and offered some amazing features.

You might be thinking what’s the need for another language? So, let me tell you that programming languages can never be perfect. They are never the finished product and so keep changing and evolving with time. Today, I will share five reasons to learn Julia programming language. 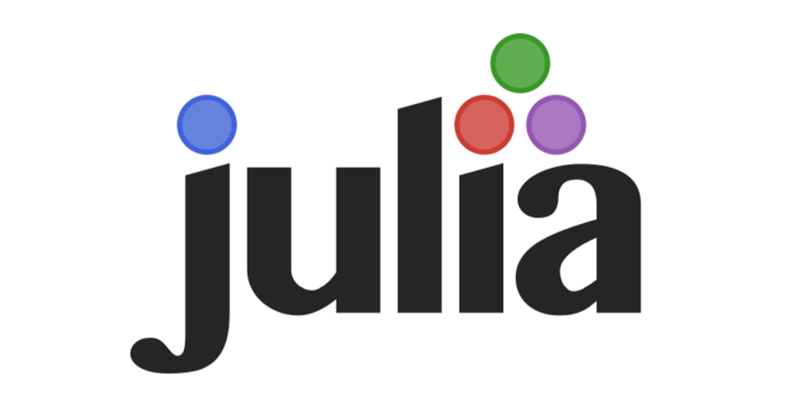 1.  Its Codebase is Completely Written in Julia

If you can develop applications in Julia, it also means you can contribute to Julia. It’s one of the most important advantages of Julia as compared to other dynamic languages.

Let’s take the example of Python. If you go underneath this language, you’ll find code written in C language. Python also allows you to add C extensions. Not only this, you can even write your code in C++ and call it within your Python code, giving it a huge performance bump. However, this will take away the main purpose of Python. It’s supposed to be a simple and easy language. Mixing other languages ruins its flavor.

Julia is above these problems. Its base, standard library, primitive operations like arithmetic, etc are written in Julia itself. So, there’s nothing you’ll have to compromise in.

While other languages like C++ and Java sacrifice a lot in terms of garbage collection, Julia was designed by keeping the high-performance at topmost priority. it comes with an LLVM compiler that lets you compile Julia applications to native code for multiple platforms.

It’s true that Julia compiler doesn’t need to know what type of variable you’re trying to use, but it knows how to plan in advance whenever you call a function.

In this language, when you call a function, the arguments are already known. The compiler uses this data to find out the necessary CPU instructions required for the particular arguments by carefully observing the function.

Once the exact instructions are mapped out, Julia executes them very quickly. It also means that if you call the same function repeatedly, the consequent calls run even much faster.

3. Has an Edge at Technical Computing

Julia comes with a syntax that is great for maths. It supports many numeric data types and provides parallelism by default. Julia’s multiple dispatches are a good fit for defining the number and array-like data types.

For example, if you type a backslash, you can then type a string (equivalent LATEX string) to insert the corresponding character. This is a very helpful feature for developers that enables them to derive some equation and directly type that in. Like if you type julia> sqrt <TAB>, Julia will replace the sqrt with a square root symbol (julia> √).

4. Dynamic and Easy to Understand

Julia is a dynamic programming language but it also takes advantage of static type systems by making it possible to indicate that certain values are of specific types.

This helps a lot in generating efficient code and allows method dispatch on the types of function arguments to be deeply integrated with the language.

Julia was initially designed as a technical language but now you can even use it for general-purpose programming. You can use Julia to write UIs, statically compile your code and even deploy the code on a web server. Julia has powerful shell-like capabilities for managing other processes. It comes with Lisp-like macros and other metaprogramming facilities.

Recommended: Julia vs Python: Which programming language should you learn?

That’s all for this article. Of course, there are many other reasons to learn Julia programming language. But the fact is most of the freshers only want to follow known paths and avoid risks. I am also not saying to make yourself different from everyone but at least you should explore other programming areas and opportunities. So, which is your favorite programming language? Do let us know in the comments below.