Whether you are planning to develop a mobile app, a desktop application or a website, the following are the programming languages to learn in 2019.

Being at the top of this list should not come as a surprise. Everyone is getting into Python, so should you. If you have not mastered this programming language, don’t worry, 2019 is a perfect time to learn it.

Let ’s not even talk about the power and versatility of Python programming language. You can use it to develop a wide range of applications. There is also a big demand for Python programmers in the job market.

C# is one of the programming languages that has just refused to go. In fact, it is continuing to be better and more powerful as years go by. You can use C# to build anything. Whether you want a website, mobile app or a PC software, C# wo n’t disappoint you. Applications that are based on C# can be run on any platform (Android, iOS, Linux, and Mac).

C# has also evolved with time and it keeps matching with the modern technological demands. Learning C# will help you build a solid foundation for learning other programming languages.

If you want a more technical language that will still give you powers to develop complex applications, consider studying Java in 2019. It is a versatile language that is packed with lots of amazing features. There are lots of similarities between C# and Java only that the later seems to be more technical.

You can depend on Java to build applications that can work on any operating system (iOS, Mac, Windows, Linux, and Android).

JavaScript will never fail to find a spot in such a competitive list of programming language. It is just one of those programming languages that cannot be easily avoided. If you are yearning to be an ardent developer, it will be inevitable to encounter JavaScript, no matter how much you try to avoid it. You will depend on this language to make websites responsive and interactive.

Apart from being used on the client side, JavaScript has an important role to play on the server side. It packed with resourceful frameworks which are required in modern web development.

With PHP, you will be able to build powerful websites from scratch. Take a look at popular websites such as Facebook, Twitter, and many others and you will understand the power of PHP. The good news is that it is among the easiest programming languages to learn. It has a very simple syntax that you will learn how to use with ease.

Do you have dreams of building apps for iPhones, Swift is the programming language that you need to learn in 2019. Many businesses are putting efforts to have iOS apps. This means that by learning Swift, your skills will be on high demand. Many businesses will be calling you to develop iOS apps and pay you handsomely.

Don’t be left behind in 2019. Learn the above programming languages diligently and your career as a programmer will definitely move to the next level. 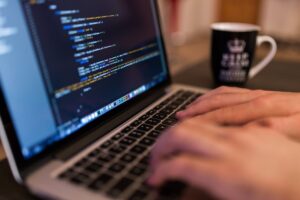 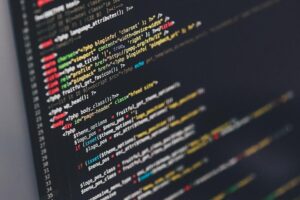