Data structures are the backbone of core computing and we use them to solve various problems. The clear concepts in DSA can really help you to build complex programs and develop your skills to become a good programmer.

This article is con-centered in the implementation of Queue using a Linked List in Python Programming Language.

A Queues is an abstract data structure where we can add new items and remove items from two ends (Front and Rear). The process is verbalized as Enqueueing and Dequeuing, respectively.

Consider an example of a physical line of people:

People can be added to the end of the line called (enqueuing), and people are removed from the front of the line called (dequeuing). An exactly this way, the queue system works in the real world. If you go to a ticket counter to buy bus tickets and are first in the queue, then you will be the first one to get the tickets. Right? Same is the case with Queue data structure. Data inserted first will leave the queue first.

This concept is described as a term called FIFO, which stands for first in, first out. It is a data structure where the first element added to the collection will be the first removed.

The queue is used to manage any group of objects in an order of FIFO and other elements for their turn, like in the following scenarios:

A queue can be implemented using an Array, Stack or Linked List but the easiest way is the array method. We are not concerned about the array implementation here, we will see the linked list representation. 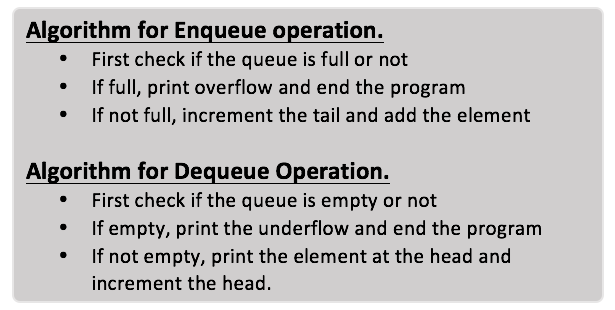 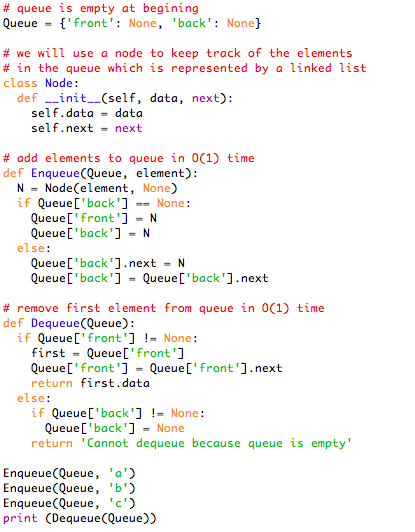 Here We can see that the first element ‘a’ that was inserted first also popped out from the queue first.