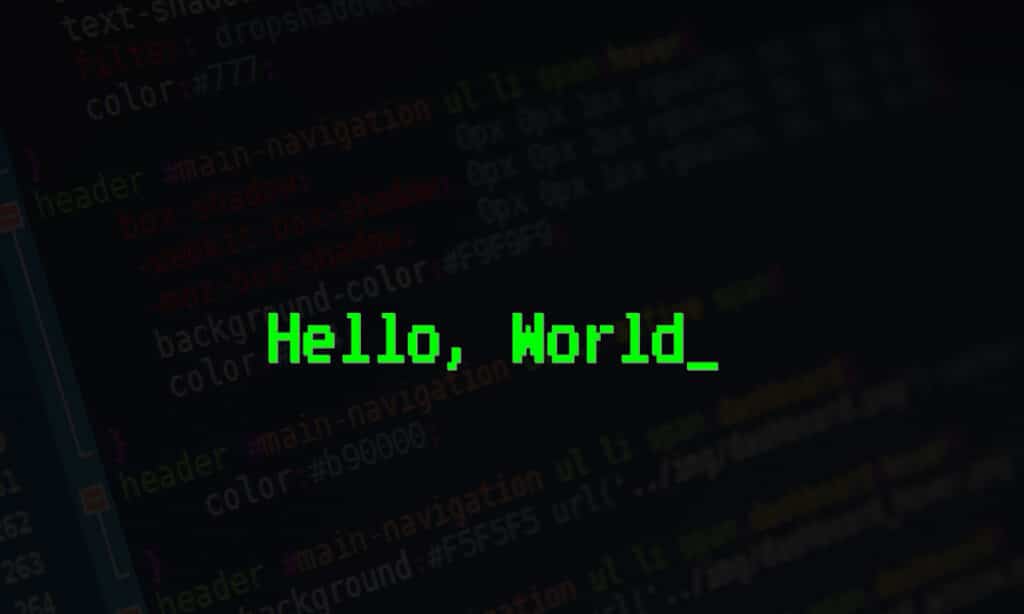 So, why is English the most widely used language? In this article, we are going to look at the main reasons why all major programming languages are in English.

1. English as a Lingua Franca

This term simply means that English is a bridge language. It is a common language of trade that is used worldwide. It is learned and spoken internationally by many people. For many years, scientists from different parts of the world have been using English as the main language of communication.

When it comes to programming, English is preferred because it breaks the communication barriers that may be existing between different programmers. This is important especially when we consider that programming is a global thing and not a localized subject. In other words, English is the most unifying language.

2. The USA was the first biggest market for computers

It is imperative to note that most English-speaking countries were the homes of computer science. During the early days, computer science was taught in the US, UK, and Canada. Other countries started focusing on this subject years later.

Programming languages developed from these early theoretical computer science teachings which were done in the English language. For instance, let’s take a look at the US. Massive resources were set aside just for the research and development of computer science. It is from such activities that some programming languages such as C programming came into existence. As you would have expected, most of these first languages were in English. The same applies to other developed English speaking countries.

The impact that the US had in the computer arena is being felt up to date. Just take a look at some of the world’s biggest and most successful tech startups. Most of them are based in the US. According to statistics from Forbes, 14 out of the 25 largest tech startups come from the US. This just shows the level of attention that was given to programming languages in this country. Being a pioneer in most early programming languages, You should expect English to be used as the main language for programming.

Another key reason why all major programming languages are in English is the compatibility with ASCII (American Standard Code for Information Interchange) ASCII codes are used in most electronic devices to represent texts.

Until recently ASCII was the main character encoding that worked on the computer and other electronic devices without requiring the support of other software or hardware. Other character encoding codes had to be supported by specially-modified keyboards and terminals. Programmers also had to use custom text editors and environments.

To avoid all these constraints, programmers preferred using English. It was ‘light’ and more portable. Even the non-English programmers had all the reasons to stick to the English language.

The English language is made of Roman character set which is very simple and devoid of any accent marks. This feature makes English a perfect language for Six-bit character code representations which were used in major programming languages.

The identifiers in old programming languages such as COBOL, FORTRAN and SQL are very case-insensitive. They pay more attention to the punctuation and characters instead of the uppercase and lowercase. These are things that can be easily manipulated in English.

From these five reasons, you can see why all major programming languages are in English. However, these do not mean that other languages have not been used.

2 thoughts on “Why Major Programming Languages are Written in English?”