I was always told as a content writer when in doubt ‘cut it out’, and generally, as a rule of thumb, that served me well.

Now, when it comes to things like the Dark Web and the Deep Web, which are not the same things incidentally, I would offer the same kind of advice – meaning stays away if you have no business being there. This advice, gathering from all the horror stuff that’s available on movie sites, will have all heading off to the darkest and deepest webs possible, as fast as possible.

The Dark Web and the Deep Web

Fueled by a lot of tabloid-type ‘revelations’ of disappearing Bermuda-triangle style after typing in certain words once you’ve made it to the ‘other side’, or being stalked by a mass of serial killers if you do manage to get there, a lot of the stuff is, well, tabloid-type junk.

Having said that, a lot of it isn’t. For instance, you can buy guns and drugs (and stuff) there. There’s are things we haven’t seen, so if you are intent on a serious hunt, the two-word advice is ‘be careful!’

Sometimes, it’s bad enough to get lost on Facebook and you’ll be pinged and ponged and poked out of existence! Believe me, and I have it on the best authority, you don’t want to get lost in either the Deep or Dark webs.

Okay, the Dark Web. This is a dubious portfolio of websites that are floating about, ensconced in an encrypted network, and cannot be accessed via traditional search engines. The sites hide their real identities with Tor encryption.

This is more widely used by people wanting to appear geographically somewhere different from where they really are located. Once you know how you can access the Dark Web anonymously and hopefully you’ll remain that way.

It’s not all cloak-and-dagger stuff, as you might belong to a legit group that wishes to communicate via this encryption, and this is where it is housed.

Other encryption methods are also used, a lot of which can’t be bypassed, or which could be, depending on which computer geek you know, but there’s a reason for this ultra-secretive hiding-out. Words like child pornography and very-much-worse-than-mafia crime stuff spring to mind. Would you really want to go there? Well, I certainly wouldn’t. Suffice it to say, stay away.

Then, the Deep Web. This includes the Dark Web in its groupings, but what it means is that it is home to all web pages that search engines can’t access. What you will find is run-of-the-mill stuff, say sites that are in the trial mode before going live, encrypted bank accounts, sensitive lawyer material, security material – things that you’d probably expect to be hidden away. This is really nothing sinister – well, not on the surface anyway, and far more non-lethal than the Dark Web.

What I’m talking about here is, as I say, on the surface.  The Dark and Deep webs are very big. I tend to think of them as resembling the black holes in outer space. I suspect there’s far more to them than meets the eye, and things going on that no one knows about. Maybe the hackers do, maybe they don’t. Maybe they’ve ended up in the Bermuda triangle. Who knows? 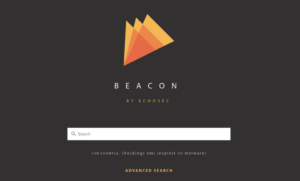 Beacon Search Engine: A Google For the Dark Web

3 thoughts on “Difference Between the Dark Web and the Deep Web?”