A few days ago, the world has seen the biggest Ransomware attack called WannaCry. The hackers encrypted all the information of victims and asked for Bitcoins to decrypt the data. You may wonder why hackers asked for Bitcoins instead of dollars or euro? What is Bitcoin and Bitcoin mining? What is the reason for asking Bitcoins?

In this article, I am going to share everything you need to know about Bitcoins and how do they work.

What is a Bitcoin?

Bitcoin is the virtual banking currency of the internet also known as ‘cryptocurrency’. It is the world’s “first decentralized digital currency”. A mysterious person known as Satoshi Nakamoto launched bitcoin in 2009. His true identity is still unknown. It has existed for several years now and many people have questions about them such as Where do they come from? Are they legal? Where can you get them?.

Bitcoins are digital coins, you can send over the internet. Compared to other choices, bitcoin have many advantages. They are transferred straight from person to another via Internet without going to the bank. It means that the transactions fees are extremely lower, anyone can use them in every country, the account cannot be frozen and there are no limits.

Bitcoins are a form of digital public money that is created by painstaking mathematical computations and policed by millions of computer users called ‘miners’. Bitcoins are, in essence, electricity converted into long strings of code that have money value. The value of a single Bitcoin has fluctuated wildly, reaching a high of around $1,000 in late 2013 before falling to less than half that level, and then rebounding in 2016. In 2017, it’s value has reached to $2500 (per bitcoin)

How Does Bitcoin Work? (Bitcoin Mining)

Bitcoin is underpinned by a peer-to-peer computer network made up of its users’ machines, akin to the networks that underpin BitTorrent, a file-sharing system, and Skype, an audio, video and chat service. Bitcoins are mathematically generated as the computers in this network execute difficult number-crunching tasks, a procedure known as ” Bitcoin mining “.

To use Bitcoin, you need to install Bitcoin wallet. Once you have installed a Bitcoin wallet on your computer or mobile phone, it will generate your first Bitcoin address and you can create more whenever you need one. You can disclose your addresses to your friends so that they can pay you or vice versa. This is pretty similar to how email works but you can use one bitcoin address at once.

The bitcoins system is secured by individuals called Bitcoin miners. Workers or miners are paid newly created bitcoins for verifying transactions. All transactions after verified are recorded in a transparent public record. The mathematics of the Bitcoin system were set up so that it becomes progressively more difficult to “mine” Bitcoins over time, and the total number that can ever be mined is limited to around 21 million. There is therefore no way for a central bank to issue a flood of new Bitcoins and devalue those already in circulation.

That is enough reason for Ransom Attackers to ask Bitcoin instead of bank currency. 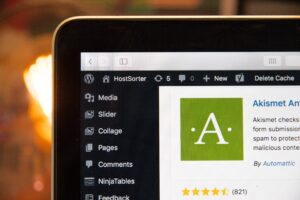