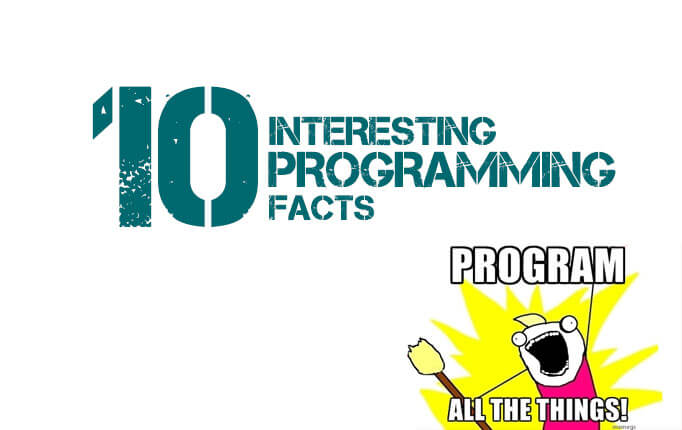 1. There is a thing called “Constant Variable”.

2. A parent can kill its children if no longer needed.

Such an evil concept. How the f*ck a parent can kill its children when if the task assigned to them is no longer needed.

3.The root is at the top of the tree.

Anything can happen in programming and here is the example. The first and the top element of a tree is Root. Well.

It has been a big confusion for a beginner. How an equal to is not equal to equal to.

The first actual computer “bug” was identified in 1947 as a dead moth. It was stuck in a Harvard Mark II computer. And now the generation of dead moth is living in the form of 0 and 1s.

Yes, Batman, it is true. The amount of copied code is hundred times more than typing a code. The Ctrl-Z is better than a time machine.

7. Programming and coding are not the same.

A coder is clearly instructed on what should be done and what needs to be accomplished. But as a programmer, you must be able to imagine a broad set of solutions to a problem before you even start writing codes. A programmer is a coder but a coder may not be a programmer.

8. Who Invented Java, and when?

James Gosling, at Sun Labs, around 1992; the group was building a set-top box and started by “cleaning up” C++ and wound up with a new language and runtime.

Lerdorf, the PHP founder, has never intended for PHP to become a programming language for the world. He had created the language, or interface at the time, for the purpose of managing his personal website.

10. The first programmer was a lady.

Can’t a girl code? The first ever programmer on this earth was a female, named Ada Lovelace. She was a writer and gifted mathematician and the first woman to devise an algorithm that could be processed by a machine.

12 thoughts on “10 Most Interesting Facts About Computer Programming”