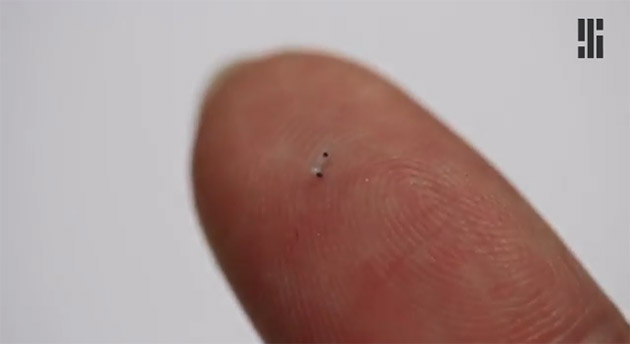 The field of nanotechnology has great potential. Many new discoveries are on the verge of making breakthroughs. Not only it provides aid in developing compact multitasking gadgets but it is of especially great importance in the field of medicine. Since many years doctors are trying to find a method to fulfill the need of repairing the damaged tissues and regenerating cells.  Until some years ago nobody thought that the answer to this complex problem will found in the depths of nanotechnology. The idea is that tiny nanobots will bring about this revolutionary change after being injected in the bloodstream. It is quite a creepy idea to think about minuscule bots roaming inside you live but in the end it is all for a better cause.

Microscopic robots will be able to move inside the blood stream like scallops by propelling themselves using open and close mechanism of flap shell and will deliver the medicinal molecules to the targeted areas. Since most of our biological fluids are non- Newtonian ( their viscosity changes with pressure ) so it becomes a challenge for any device to traverse through the circulatory system. These scallop bots have successfully confronted this obstacle to provide us with a healing method which was till now being considered an impossibility.

Scientists have tried to mimic the spinning motion of corkscrew-like flagella in bacteria to propel artificial micro-swimmers, but their motors are complex. Such complex structure could not be implemented in a minuscule machinery. These tiny micro bots have a very simple structure instead. The scallop bot body consists of two shells connected with a single hinge. These shells bear the responsibility of moving the bot through the veins and arteries.

The material of micro bot’s body was also a big question as it would greatly affect the human circulatory system. So at last after pondering through various options scientists found it appropriate to use silicone rubber cast as it will cause no internal unexpected reactions with the body fluids. This silicon rubber cast is formulated into a 3-D printed mold. Its two shells are each 300 microns thick and 800 microns wide. It is a very small figure as compared to the average diameter of a human hair which is about 100 microns in diameter.

Furthermore, each shell has small magnets attached to it which will open and close when exposed to an external magnetic field, thus providing the necessary force to open and close, and enable the micro bot to move forward. All this arrangement should be very light in order to be successful. According to Tian Qiu of the Max Planck Institute for Intelligent Systems in Stuttgart, Germany, these micro bots weigh only 350 millionths of a gram and so their presence in the human circulatory system will be counted as unnoticed. Some other mechanisms are also being currently studied to move the bot, like using heat, light, electric, or acoustic energy. They might also be driven internally by the body’s chemical reactions.