The future is HERE. We have all moved past the bulky modules of machines and phones to a compact size and smartness. We have seen the evolving genres of smartphones to highly advanced supercomputers. We have now modeled the flying cars and created many drones. And above all we have worked on to the path of making robots for almost every purpose. But nothing can make us believe in a futuristic present as jetpacks. Many science fiction movies have shown the unbelievable services of jetpacks, just a mere jetpack that will allow a human to span the limitless skies. To bring this strand of technology into existence Jason Kerestes has done a remarkable job just there is a little anomaly: the jetpacks allow you to run faster but not fly.

Jason Kerestes works at the Arizona State University and is one of the busy explorers at ASU trying to bridge gaps between man and machine. Mainly his ideas try to improve human efficiency through machine power but at a much deeper integration. His jetpack has instantaneous thrust and can pretty much trigger this thrust to allow faster movement and agile motion. It promises to increase the speed of any normal human being to a level of professional Olympic runners. It may come across your mind that what is the usefulness of it apart from the fact that it can provide a substantial amount of superhuman power like the cartoon character Flash had, but indeed there is. Consider a situation where a soldier is at war front, how handy such a gadget will become to save his life from the enemies. Defense Advanced Research Projects Agency (DARPA) has shown a keen interest in Kerestes work and is doing a lot to help him achieve it. Kerestes has built his prototype, which is now undergoing tests and refinements.

The project is called 4MM, for 4-minute mile. While the name may sound weird but is apt in all its context. The overall goal is to get any soldier or any test subject to be able to run a 4-minute mile who was not already capable of doing so.  Professor Thomas Sugar of the Human Machine Integration Lab shortly after joined Kerestes in this venture with his remarkable knowledge of robotics to produce this jetpack. Dr. Sugar works on mobile robot navigation and wearable robotics for the rehabilitation of stroke survivors. Kerestes, already interested in the robotic process, welcomed the opportunity to get involved. 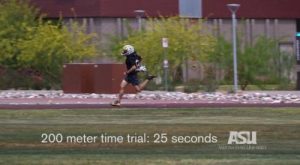 Kerestes’ jetpack applies force at the wearer’s hips and ankles. A separate handheld control device is operated by someone other than the runner. They have seen encouraging results so far. In trials over a 200-meter distance, with the jetpack, they saw a decrease in time and decrease in metabolic cost, the amount of energy required for a person to run at high speeds. In a test, a subject with the jetpack on a sprint ran three seconds faster, and that was with carrying an extra 11.2 pounds of weight, of the jetpack obviously. 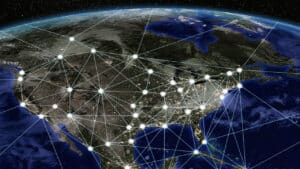 How will 5G Effect Application Development?