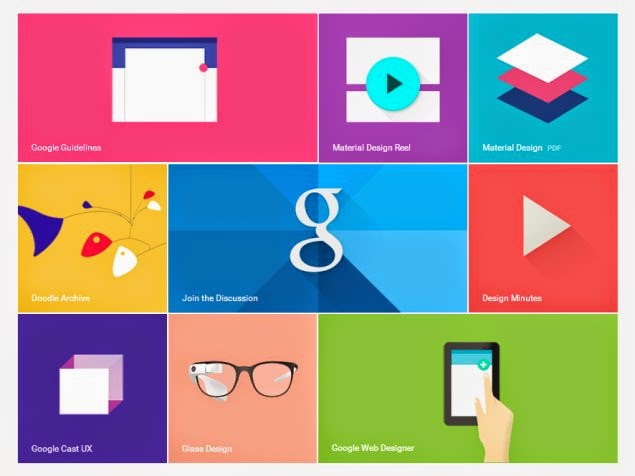 Google previewed Android L, the upcoming version of its mobile operating system, at the I/O 2014 conference. The company showcased several new features that the update will bring to the table on design, performance as well as security fronts. Here are some interesting features that you will see in Android L, set to launch later this year. Android L will bring a totally revamped user interface to the most popular mobile operating system in the world. The new interface will be based on a design language called Material Design, which adds more animations, shadows and white spaces in apps.

The on-screen navigation keys will also get a whole new look with this release; the Home, Back and Multitasking keys are now symbolized by a circle, triangle, and square.

In order to make the look of mobile and desktop apps more uniform, Google is also promoting Polymer, a design language introduced at last year’s I/O conference. This will make it easier for people to use apps across platforms. 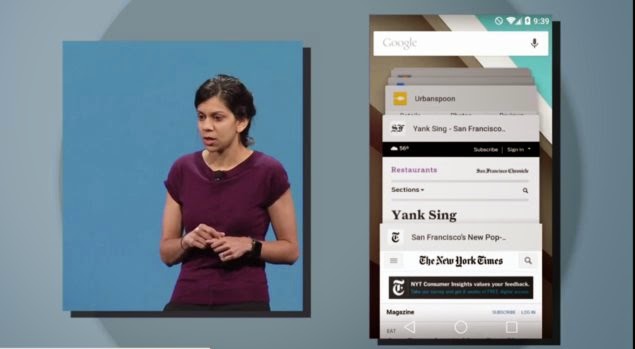 The multitasking menu of Android will get a 3D look with the next update. This is also courtesy Material Design and shows the open apps as overlapping cards. The 3D effect is generated with the help of “shadows and perspectives,” Google says.

The 3D effect will also be seen when users switch between tabs in the Chrome browser on their Android devices. Chrome will sync with the desktop browser to show the tabs on users’ computer in Recent 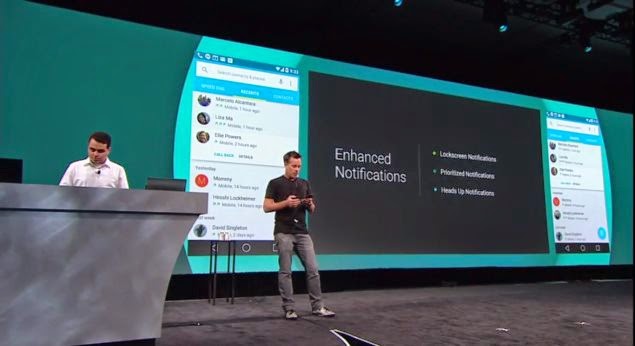 Notifications also get a major revamp in the Android L build. They will appear like Google Now cards and will be accessible right from the lock screen on Android devices. Therefore, users will be able to read, open and dismiss notifications without unlocking their smartphone or tablet.

Heads-up Notification is an element that shows new notifications on top of the screen, irrespective of the app is running at that time. This feature has been implemented by third-party developers in their apps, but will now be used in Google’s own apps as well.

Following Apple’s lead from last year, Google has ensured that Android supports 64-bit processors from the next version. This means that addressable memory constraints are now lifted and Android devices will be able to make full use of the available RAM.

Google has replaced Dalvik run-time with ART (Android run-time) in the Android L release. ART was only an option till KitKat, but will now be the default. With ART implementation, apps will run faster than they do now. However, they will also take up more space on the device Battery life will get a significant boost with Android L release, claims Google. As part of Project Volta, the company has been able to optimize every subsystem in the software and ensure that devices run 90 minutes extra by switching off services that are not crucial. Android L will include the much-needed kill-switch that enables users to remotely reset their smartphone or tablet in case it is stolen. In Secret mode, the device will not show any notifications on the lock screen.

Security patches will be released by Google via Play Services, which is updated every six weeks. Universal Data Control will allow users to set privacy settings for all the apps from a single

Google aims to better entrench itself in the enterprise segment with Android L.

The next update will allow users to manage their personal as well as official data on the same device. Companies will be able to manage and monitor work-related apps on Android devices better now.

Google announced Slides, a cloud-based app to make presentations on mobile devices, at I/O 2014. It also said that users will be able to open, edit and save Microsoft Office documents directly in Google Drive.

Those who opt for Google Drive for Work will get unlimited storage for $10 per month. People who use Chromebooks and Android will get the same data set when switching from one device to another.