Nine members of a gang responsible for breaking into the accounts of banks and transferring money illegally by gaining access to bank’s IT network were sentenced in London to a total of 24 years and nine months. The gang members who sentenced are identified as: Lanre Mullins-Abudu, 25; Steven Hannah, 53;Tony Colston-Hayter, 49; Darius Valentin Boldor, 34; Dean Outram, 32; Adam Raeburn Jefferson, 38; Segun Ogunfidodo, 27; Dola Leroy Odunsi, 28; and James Lewis Murphy, 39. They have been charged with conspiracy to commit fraud, conspiracy to steal, theft and possession of property or articles used in fraud. Four more members of the gang are scheduled to be sentenced in June for similar crimes.

According to details, one of the gang member deceivably gained physical access to the IT equipment of different branches of the bank. Then the member attached a KVM (Keyboard / Video / Mouse) device to a computer which was then connected to a 3G router. The router transferred the data to other members of the gang who were working from a nearby hotel room or some other place. Then they transferred nearly £1.25 million to mule accounts which were purposely setup for stealing money. Two branches of Barclays were looted with this method andMetropolitan Police Central e-Crime Unit (PCeU) was informed accordingly.

When the gang tried to use the same technique against Santander’s Surrey Quays branch, Met Police was ready and arrested Outram. He gave an address to Met Police which was then raided to arrest 10 more members of the gang.

“In addition to the Barclays and Santander cyber attacks, police identified that between May 2012 and September 2013, Mullins-Abudu, Stephen Hannah, 53, Guy Davis, 49, Adam Jefferson, 38, Segun Ogunfidodo, 26, Dola Odunusui, 29, Martin Thane, 31, Michael Harper, 26 and Tony Colston-Hayter, 49, also used what police believe to be around 500 high value bank and credit cards that had been either stolen or intercepted, to purchase Rolex watches worth up to £30,000 each, high-value jewellery and electrical equipment such as Apple Mac computers and iPads.“

The value of the credit card fraud is in excess of £1 million. In order to use the cards, the group – led by Hayter – used a sophisticated device to spoof genuine bank telephone numbers in order to fool victims into providing their personal details and PIN numbers.”

“Through working with industry partners such as Santander and Barclays, whose efforts in assisting us were immense, we have been able to bring this group to justice,” said Detective Chief Inspector Jason Tunn, of the MPS Cyber Crime Unit. He added, “This case demonstrates the sheer investigative skill we are able to apply to tackling cyber-crime, as we continue working to keep London people and businesses safe from cyber criminals. We are determined to make London a hostile place for cyber criminals and not allow the internet to be a hiding place for those who defraud people in the capital.” 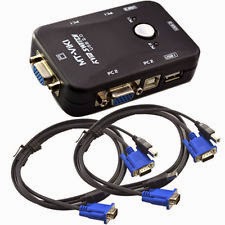