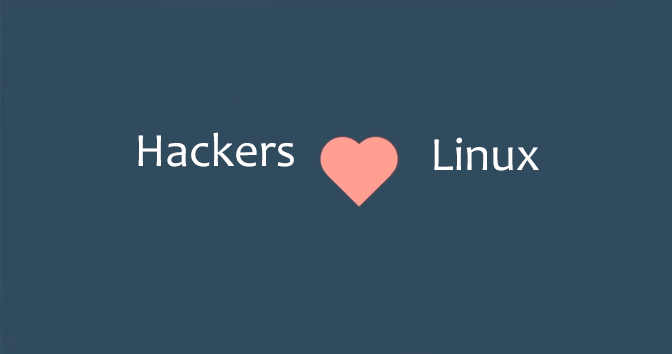 Linux use is growing at an amazing rate. This operating system, which has no public relations department, advertising, or government lobby, is being used widely in homes and server rooms alike. It’s also free, and 100% open source, meaning anyone can look at each and every line of code in the Linux kernel.

Linux is a true multiuser operating system and has been since the very first version. It is powerful in its simplicity. Though there are robust graphical environments and tools, you can still do everything you could possibly need with just a keyboard and a shell prompt. Since you have the code, you could even make Linux do things it was never meant to.

That’s one of the things that draws both the gurus and the attackers alike. The black-hats have thronged to Linux. It allows them the control they require to do strange and ingenious things. If they want to experiment with new or invalid network packets, they can do so easily without relying on undocumented (or non-existent) API support from the vendor.

Millions of lines of code have been written for Linux applications and libraries, usually in an extremely modular manner, which allows it to be integrated into widely diverse projects. For example, a library that allows you to sniff the network for proactive performance monitoring could be used as part of network hijacking code.

The power and flexibility of Linux make it the hacker’s playground. They use it, learn it, and understand it intimately. And that means that if there’s an insecurity, they’re going to find it. However, the very reasons the hackers like Linux are the same reasons more folks are installing it on their own systems today.

The ability to look at each and every line of Linux code, and patch it when problems arise, means that Linux can be secured not just by a few programmers locked away in some corporate headquarters, but by any user at any time.

Why Do Hackers use LINUX?

1. Low cost: You don’t need to spend time and money to obtain licenses since Linux and much of its software come with the GNU General Public License.

2. Stability: Linux doesn’t need to be rebooted periodically to maintain performance levels. It doesn’t freeze up or slow down over time due to memory leaks and such. Continuous up-times of hundreds of days (up to a year or more) are not uncommon.

3. Network friendliness: Linux was developed by a group of programmers over the Internet and has therefore strong support for network functionality; client and server systems can be easily set up on any computer running Linux. It can perform tasks such as network backups faster and more reliably than alternative systems.

5. Compatibility: It runs all common Unix software packages and can process all common file formats.

6. Full use of hard disk: Linux continues work well even when the hard disk is almost full.

7.  Multitasking: Linux is designed to do many things at the same time; e.g., a large printing job in the background won’t slow down your other work.

8. Open Source: If you develop software that requires knowledge or modification of the operating system code, Linux’s source code is at your fingertips. Most Linux applications are Open Source as well.

36 thoughts on “Why do hackers use Linux based operating systems?”