Evolution of SEO: The majority of what you see on Google and other search engines these days has been tailored for maximum visibility. Particularly in the marketing industry, search engine optimization (SEO) has grown to be so significant. Although SEO has been around for quite some time, only a select few are aware of this fact.

Many would suggest all search engine-related marketing strategies began in 1991, around the time the first website was released, thus this assertion is debatable, to say the least Even after 29 years of operation, the World Wide Web site is still going strong. While some believe that SEO was established much later, in 1997, others argue that it predates Google by at least a year.

Many people embraced the call to start their websites as soon as the first one appeared on the internet. It became more difficult to visit all of the new websites that the Internet has to offer to discover useful information. Search engines were developed to help structure the Web and make it more user-friendly.

The method of retrieving information had already been classified by 1993 by Excite, a search engine that was available to the general public at that time. A year later, numerous other search engines followed suit, including Yahoo!, Alta Vista, and Google. However, SEO didn’t take off until 1996. BackRub, a search engine built by Larry Page and Sergey Brin at the time, mainly depended on backlinks to determine the significance of a page. In 1997, this search engine changed its name to Google and registered as a domain name with the name.com extension.

Also Read: 7 Ways To Optimize Your Website For Local SEO In 2021

SEO has a tumultuous history before it became what it is now. There were no strict regulations back then, thus many marketers were able to adopt blackhat SEO tactics to get their pages to the top of search engine results pages by manipulating search engine algorithms (SERPs). Until recently, SEO was a rather simple concept.

When it came to SEO, things were straightforward. On-page optimization is all that’s required of users; this involves making sure their content has enough words, their HTML tags are proper, and their pages have enough internal and external links. They were ready to travel as soon as they received all of these.

Those wishing to achieve high rankings on search engine results pages (SERPs) merely needed to incorporate keyword repetition into their material. Simply using keyword stuffing or using terms as many times as possible to outrank a website was all that was required.

These “spammy” articles were spun by content marketers, who used their pieces as a source of revenue. Searchers were disappointed by the lack of useful results during this turbulent period.

Paid search and sponsored links were introduced by Goto.com in 1998. Bidding on Goto.com, which later became part of Yahoo, was the only way for advertisers to have their ads appear higher in organic search results. When it came to getting their pages listed, SEO specialists turned to DMOZ (the Open Directory Project) because there were no strict guidelines to follow.

The Impact of Google

Google’s success as a search engine may be because it identified room for development. It took what it had learnt from the pandemonium and applied it to its algorithms, encouraging website owners, content marketers, and almost every Internet user to put more emphasis on quality and relevance in their content creation. Once this was accomplished, websites were rewarded with top SERP placement.

Although SEO stretches back to before Google’s inception, the search engine revolutionised the process by ensuring that web pages were evaluated based on relevancy. While on-page SEO has improved, site structure and domain names are still important to most search engines today. As a result of Google’s algorithmic developments, not just on-page SEO, but also off-page methods, are also being considered.

Google has released numerous updates over the years to help users find the best content. Since then, numerous of Google’s improvements have sharpened SEO’s focus. This SEO strategy centred on the user-created groundwork for a more customised Internet. That’s why so many websites are turning to SEO content writing services to help them get more exposure and recognition.

Change has always been a part of SEO, as history shows. It’s always better to plan for the future by looking forward. Using ethical or white hat SEO methods and investing in content production that offers value to all visitors is the best approach to achieve this. 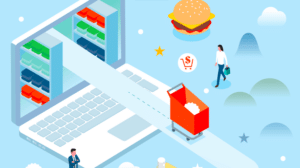 How KPIs Can Enhance Your Fleet’s Performance 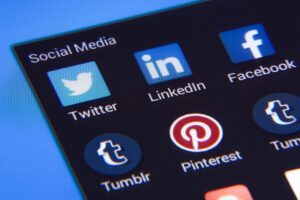