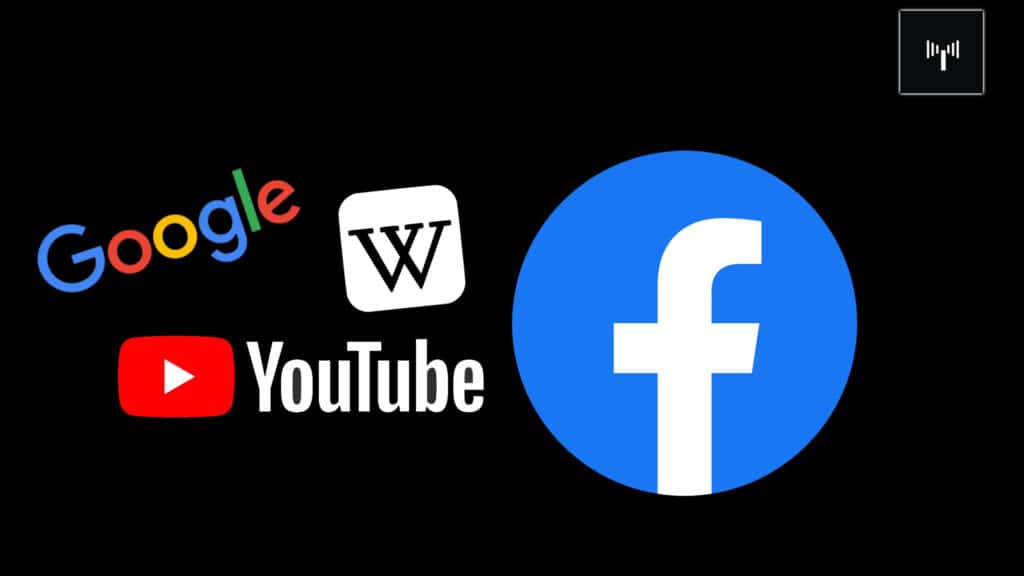 Technology has reached a point where anything can be done on the internet, or more precisely, through the internet. However, certain websites have showcased the new face of the internet. Because everything is so freely accessible on the internet, from buying to education to socializing to news portals, the internet has spawned several internet beasts in the field of top websites. Here we present the top 10 list of websites that changed everyday life:

The name is self-explanatory. Is there anyone who hasn’t heard of Google? In the words of a wise man, “If it doesn’t appear on Google, it can’t possibly exist anywhere else.”

Search engine giant Google was created by Larry Page and Sergey Brin in 1998 and is currently the world’s largest search engine. Google is responsible for around 80% of all online searches performed today.

Also, Google is more than simply a search engine; it has made significant contributions in a variety of areas, including the browser Google Chrome, social networking sites such as Google Plus, and the well-known Google mail. Google, on the other hand, has grown in popularity to the point that it has achieved the status of the verb in the well-known Oxford Dictionary.

On the internet, videos have long been a popular source of entertainment. However, because of various frequency and bandwidth issues, many individuals, including the owners of websites, attempt to avoid them whenever possible.

This really true problem was addressed by the creation of YouTube, which was launched in February 2005 as a solution. YouTube not only allows users to submit videos at a far higher frequency than previously possible, but it also allows them to like or even comment on the video. In this case, Since YouTube has made every needed video available, and in this manner, it is chasing the hearts of its viewers.

The name of the website makes it clear that it must be amazing. The site was called after the name of the world’s greatest river, and as a result, amazon.com is the largest shopping website on the internet.

Everything is available on this website, from groceries to music CDs to electronics to toys. Because of this, people may have everything under the same name, and that too on the internet. It significantly reduced the number of time people spent in retail stores.

Additionally, Amazon offers free shipping delivery, in addition to the availability advantage. Amazon has, without a doubt, transformed the face of online shopping.

This is perfectly captured in the quote: “The book that everyone wants to face.” Even though it was created by Mark Zuckerberg in February 2004, the website had gained significant growth in 2010 when it reached 500 million users.

The website was created for a single college, but it quickly acquired widespread recognition throughout the world. Even if the concept of socializing on the internet was not new, the fact that the website offered so many lucrative alternatives helped the website to achieve fame among the top ten websites in the world.

The registered user may communicate with others, comment on their posts, like them, make new friends, and maintain his or her existing relationships on Facebook. The concept of bringing the globe closer together was established.

Jimmy Wales established the world’s biggest free encyclopedia in 2001, and it has enriched the lives of millions of students across the world. There are almost 17 million articles, and they are available in a variety of languages, including Spanish, German, Russian, French, and Italian, among others.

It is a free source website where the user may find nearly anything, and if he cannot find what he is looking for, he can modify it himself. According to Alexa, a website rating service, it was the seventh most viewed website in the world.

In the period between 1994 until the time when Google became prominent, it was one of the most frequented websites on the internet.

Yahoo has several other divisions, including yahoo messenger, news, advertisements, a search engine, and games, but the most well-known of these is yahoo messenger, which was the first to acquire popularity in terms of chatrooms. Yahoo Messenger is the most popular of these.

Although Google has taken over Yahoo’s position, it is still safe to evaluate it and include its name in the top ten websites of this changing era of information.

This website has made a name for itself in the world of music. Because listening to music is the most popular recreational activity among people all over the world, CDs, MP3s, music cassettes, and radio stations are available to meet their needs.

However, a shift in the sector has been observed with the introduction of this online radio service, where users may create their own music stations and listen to music that matches their own preferences, as opposed to traditional radio stations.

Blogger is a website that allows you to express yourself to the rest of the world. Blogger has supplanted the traditional methods of writing on a piece of paper or in a notebook or obtaining a column in a magazine to get it published.

You may now quickly and easily write down your thoughts and post them to your website, allowing you to get international recognition.

Several other sites, including WordPress, LiveJournal, and TypePad, entered the race, but none were able to change the tide in favour of Blogger, and as a result, it deserves to be included on this list.

Everything requires advertising for the public to be aware of it. If you have ever been interested in this sector, you are probably aware of the issues around spam, security, and non-existent unorganised advertisements. These issues were resolved by the world’s largest online advertisement website, which made life a lot simpler for everyone.

Now, you may search for anything on the internet, from the widest (globally) to the narrowest (locally), using this method. This website also gained enormous popularity as a result of the part titled “personals.”

Once again, a shopping website, but this one has risen to new heights of success by putting itself far ahead of the competition through the use of exclusive bidding and purchasing options for the items.

It is one of the largest shopping websites in the world, with branches in more than 30 countries and all of the eye-catching characteristics that prevent its consumers from buying at any other store.

These websites have achieved such widespread popularity that they have had a significant impact on the everyday lives of ordinary people. As a result, they have earned a spot on the list.