As the world comes to a halt, we have been left with an uncertain future. Humanity has been hit by a “Pandemic”, unlike anything we have ever seen in recent history. A Virus nonetheless is out there trying to get to as many hosts as it can and replicate. It does to humans what a computer Virus would do to computers.

The basic concept remains the same, but instead of using 1’s and 0’s it deals with organic proteins from its own set of Instructions the “RNA” much like “DNA” but is single-stranded. A Pandemic of disease is when it becomes prevalent over a whole country or the world. With all this going on do we stand a chance?

The answer depends on how we react or let’s call it “Preact” that is Acting Preemptively. Say what you will about COVID-19 but it has come at a time when we are at a pinnacle of technological advancement as a civilization. The information has never been this easy to obtain in the history of humanity, that is if you don’t believe the ancient alien theorist but let’s leave that topic for another time. This information flow can help us beat the odds we face against a microscopic enemy. If properly leveraged we can not only contain it, we can even be on an offensive against it. If data can be collated and statistics are analyzed to fight the Virus before it even makes it to us.

Never the less while people still work on that. Here are a few things where technology is already proving to be a valuable ally.

Well, not exactly a full-fledged neural network that can send robots back in time to destroy the world but a rudimentary system that can use a team of robots to deliver basic necessities to people in isolation. Hospitals and quarantine facilities in Hangzhou and Wenzhou in China have started using robots to deliver food to people in need.

The Circolo Hospital in Varese, Italy has had six robots come on duty to help healthcare staff battle the enormous pressure their system faces in times of emergency. One of them is named “Tommy” and he doesn’t wear a mask. Also, Shenzhen based firm Pudu Technology co. have come up with robots (Glorified Shelves) that go about door to door giving people what they need. This makes contactless deliveries possible which brings the rate of infection down. Although people do have to press the finish button at the end of each delivery hope they wash hands for 20 secs minimum or sing happy birthday twice, it takes the same amount of time!

Our best bet against COVID-19 is the successful tracing and isolation of infected patients as early as we possibly can. Since the incubation period of this virus could be anywhere between 3-14 days before showing any kind of symptoms. These steps could be one of the ways we can slow down the infection rate of the Novel Coronavirus.

This prompted the authorities in China to develop applications for mobile phone users that can show real-time locations of infected cases in and around users’ locality. Once in the app, it shows pinned locations of cases that have tested positive or suspected cases so the user can stay clear from that particular apartment or housing complex. This gives its people an upper hand letting them know of potentially high-risk areas and warn them from visiting it thereby reducing the rate of transmission.

Little electronic devices which were Radio-controlled toys for enthusiasts have suddenly made it to front lines of almost all industries. From flying over mountains getting gorgeous views of our own planet to getting footage of the red desserts on Mars. These remote-controlled machines whether they are flying in the air or crawling on the ground have proven very useful in places where it is hazardous or outright crazy for humans to get to.

These characteristics make them perfect to tackle an airborne virus from afar. Drones have not only been used for surveillance but now they have been given the responsibility of spraying disinfectant in hard to reach places in countries like China and India. In the US they are also being deployed to make fairly large distance deliveries of essential supplies to people in need. In times when venturing outside could be fatal using equipment that minimizes human contact is a boon to humanity.

These are very few of the implementations that we have come across where technology has given us a fighting chance to guard ourselves against a microscopic enemy. And we are hopefully many more are just around the corner. Don’t go out looking for that corner though, Stay Indoors! 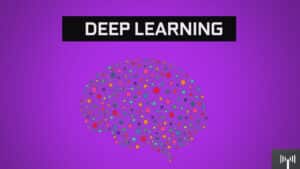