C++ Knocks Python Out of the Top 3 Languages’ List

If you are unaware, after years of ruling the industry from the third place in the index, Python pushed the C++ down in September the last year. While the first and the second place still remain unchanged with Java at the first and C in the second positions.

The TIOBE Index has sometimes also criticized for being straight forward measure. It’s likely to be affected by a range of factors beyond a language’s popularity. But again, its rankings are broadly in line with others like a mix of languages arranged in a different order.

As per the analysis by TIOBE, the latest figures are not due to reasons like fall in the use of Python or else. C++ managed to secure the third position because of a surge in its popularity. “This is certainly not because Python is in decline: Python is scoring all-time highs almost every month. It is just that C++ is also getting more and more popular,” said Netherlands based TIOBE.

Why C++ is Gaining Popularity?

The report said the growing interest for C++ is also due to C++ 11, which was released in 2011 and made this language much simpler, safer and more expressive. They believe the upgrade is the thing that is paying off years later.

The other features of the modern version of C++ like closures, automatic type deduction and move semantics made the language far more useful to work with. But C++ is still away from its popularity at the beginning of 2000. At that time, this language had a market share of more than 15 percent.

C++ is preferred by many game developers and people planning to build complex business applications. It’s efficient and knows how to use memory precisely. However, in recent years, Rust is gaining popularity as an alternative to C++. It’s designed in a way that it offers the faster performance of C and C++ along with having memory handling capabilities.

Talking about a few other languages in the TIOBE index, Assembly language moved four places up to reach the tenth position over the last year. While most of the languages are stable, JavaScript moved one place up and PHP dropped two places down.

If you are a C++ developer, let us know why and for what you use C++ in the comments section below. 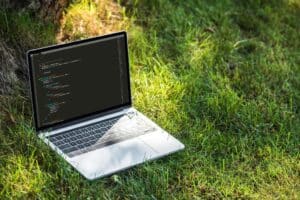