At the very top of the list is the Microsoft VS Code. This is a special tool that functions as a code editor. Developers use it to build, edit run and debug their code. The tool has a robust code editing and debugging features. It is also lightweight and can be easily integrated with quite a number of existing programming tools.

At GitHub, Microsoft VS Code is usually updated on a monthly basis where new features are added while at the same time bugs are fixed. The tool can be installed on any OS (macOS, Windows, and Linux) 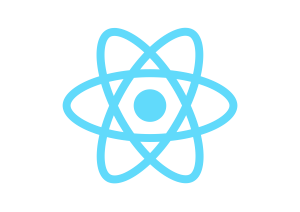 React Native is another open source that has a huge following at GitHub. Basically, React Native allows developers to build functional mobile apps using JavaScript. This included building the UI and other components of the app.

When using React Native, you will not be building a ‘hybrid app’ or an ‘HTML5 app’. Instead, you will be building real mobile apps similar to the ones that are built using Java, Kotlin, and Objective-C.

The good thing about React Native is the speed at which you will be building your app. You will only be bringing building blocks together with the help of JavaScript and React. Instead of recompiling your project after every step, you will simply need to reload it.

Also, Read: ReactJS vs AngularJS: Which JavaScript framework should we choose?

TensorFlow takes the third position in the list of the most popular open source projects in GitHub. It is an open source software library for numerical computations that require data flow graphs. In this software, the nodes of the graph are usually used to represent mathematical operations while the edges represent the multidimensional data arrays that flow between them.

TensorFlow provides a super flexible architecture that enables developers to deploy computation to different computing devices without having to rewrite code. Data visualization is done through visualization toolkit known as TensorBoard.

Initially, TensorFlow was designed to aid in the field of machine learning at Google. Currently, it has a wide scope of application. The popularity of TensorFlow at GitHub was stimulated due to the fact that it is stable with the APIs for C and Python.

The primary goal of Angular CLI is to help developers to build and manage their Angular projects. This open source software is right at the top of the Angular DevKit whose goal is to provide libraries for coding.

Angular CLI simplifies the whole process of building an application from scratch. You will use it to generate components of the application, services, routes, and pipes. This can be done with the help of a simple command. The software can go ahead to create test shells for all the components of your application. It also allows developers to test their apps which are still at the developmental stage.

This is an open source software that enables developers to build powerful applications that will depend on the Microsoft Azure cloud services. Azure is a popular cloud platform where developers can host applications. It also has features that streamline the development of new applications.

The Microsoft-owned platform integrates all the essential cloud services that you will need for developing, testing and deploying your application. The good thing with Azure is you don’t have to start big. You can start small the scale with time. Angular is an open-source platform for building web, desktop, and mobile applications. The development can be done using JavaScript and other programming languages. Once you learn how to build an application using a particular code, you can reuse the same code for building other applications.

Some of the reasons that attract developers to Angular is speed and performance. Web applications built using Angular are generally fast. They are also scalable to match with more data requirements.

Simply defined, Ansible is a radical IT automation system. Some of the tasks that it handles include configuration management, application deployment, ad-hoc task execution, cloud provisioning, and even multinode orchestration. It is a universal platform that simplifies the way work is done.

Ansible manages systems and resolves complex issues surrounding application crush. It also automates the collaboration process whereby it breaks down a project into smaller silos. It can be integrated with several existing programming technologies.

Kubernetes is quite a useful open source system that developers use to manage containerized applications across different platforms. It also provides a simple mechanism which can be used for deployment of applications.

Kubernetes was initially used at Google in running production workloads. The system is hosted by the Cloud Native Computing Foundation (CNCF). It has mainly attracted companies that deal in containerized technologies and oriented in microservices.

NPM is an open source JavaScript development tool for agile programming. It is designed to help developers build and deploy their applications to the market faster. It is a versatile collaboration tool that allows team members to work on a single project. When it comes to team management, you can control the accessibility of different modules.

Definitely Typed is a system that tracks the health of a repository and publishing process. It ensures that all the packages are type-checked in a clean way. All the packages in this system are published to NPM within an hour

Well, the above are the top trending open source projects at GitHub. Among them, which one are you fully involved in?