The global market has become very competitive and extensively influenced by numerous technical, commercial, and aesthetic factors. Every business activity, digital process, and marketing strategy from the creation of a website to the online purchase of a product has become granularly sophisticated as well as powered by the use of modern technologies.

This article will guide you through how to design a website with the effective use of two very important digital product development components – UI and UX, to improve the customer satisfaction rate.

After reading this article, you would be able to understand how important the role the UX/UI design plays for the product’s success in the online marketplace. You can also get the commercial aspects of UI designer roles, such as variations in salaries, job responsibilities, and so on. The main goal would be to get a deeper perspective into the difference between UI and UX design components, and the market demand for web designers and developers globally.

Building a successful website means knowing your target audience, modern design, and web development trends. If you know the key points that make any website attractive to its users, you can save time and resources. It does not always require huge efforts or a big budget, you can have a remote web developer with a wide range of skills and extensive experience and it would be enough if you use the right approach and follow the best practices. In any case, web development always starts with the design and it can have a huge impact on your results.

What Are UI and UX Development?

The UI and UX are the acronyms of the user interface and user experience respectively. They are two important components of web development. The elements of customer experience and customer satisfaction include the UI and UX design, high performance, and reliability of websites in the modern online business ecosystem.

According to the latest market research conducted by Avendus Inc, the eCommerce operations market was expected to cross $60 billion by the end of 2017. The total growth was anticipated to remain over 20% CAGR during the forecast period. Similarly, the overall market value of technology services and digital marketing was expected to cross the $600 mark by the end of 2017 with a whopping 23% CAGR growth.

What is a user interface or UI? It is a process of designing the styles and outlooks of the web page components, such as buttons, menus, icons, images, dropdowns, and other such components. The main objective of a good UI design is to create a good product experience and responsive web design. The UI interface should always be attractive, easy to use and properly positioned on the web page. The major activities of a UI designer include researching the product, how will it be used, UI prototyping, finalizing UI designing, and testing the UI components. Most of these activities are accomplished within the boundaries of the UX design layout developed by the UX designer.

The most important interaction between the website, web application, and mobile app and the users takes place through the UI components. Even the outlook of a webpage, which includes the color of the page, length, header footer, and many other factors is designed with the help of a UI designer. An attractive and easy-to-use UI design has great value in the customer satisfaction definition and assessment.

Another important factor for an attractive website is the user experience or UX design. The user experience (UX) design is a comprehensive process of developing a web product that can create a great product experience while using the product and also provides a better environment for the better implementation of the user interface within the product layout. 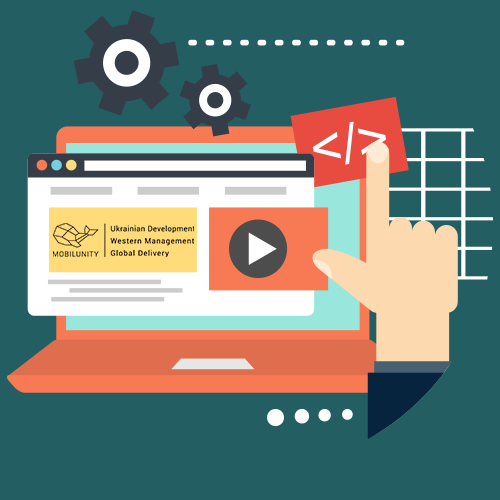 Both the UI and UX components of website designing are the major determinants of how to build a website with a perfect product branding design so that the average website conversion rate is improved significantly.

Almost all trending website design ideas in 2018 and beyond are highly influenced by user interface and user experience designs. Working with tech startups in the marketplace will help new developers and beginners to have a better idea about modern website development trends.

Difference between UI and UX

The difference between UI and UX is mentioned in the following table:

Role of UI and UX in Product Development

The development of a professional-grade web product is not possible without both the UI and UX designers and developers. The UX designers research the design trends, understand the product objectives, and translate the business objectives into the form of a digital solution.

While the UI developer focuses on providing the best outlook and presentation to the users to get to the value that the web product offers easily. You cannot create a great user experience without the help of any one of the above roles.

The major responsibilities of a UX designer start from understanding and assessing the business requirements, wireframing, prototyping, and testing of the UX design. Once the UX design is completed, the role of the UI developer starts to make the design more attractive and easy to use so that great customer value is created. Demand for UI vs UX Developers

The demand for UI and UX developers is very high in the marketplace. Both of them are extensively required in multiple software development projects like websites, web applications, mobile apps, enterprise applications, and even in the development of simple push notifications for digital marketing purposes.

A UI developer should strongly strengthen their skill set by excelling in the field of 3D graphic designing, illustration, interactive designing, and responsive web development. This will increase their demand in the marketplace due to a comprehensive knowledge of front-end web development.

More than 6 major companies have doubled the number of design professionals, especially in the field of UI and UX design between 2012 and 2017. Among such companies, IBM, Dropbox, LinkedIn, Atlassian, and Uber are a few to name.

According to the Designing in Tech Report 2017, Amazon, Google, and Facebook hired 65% more UI/UX designers to strengthen their web-based operations of different services. This report further revealed that bigger corporations acquired more than 35% of the design companies to expand their design capabilities. Only in 2017, more than 21 design startups and small creative companies were acquired by large companies.

Another survey of web designers suggests that more than 80% of designers want to start their own design company if they have sufficient funds. So, based on these statistics and figures, we can say that the demand for both UI and UX developers is very high. But the merger of the roles is also taking place in many companies and markets.

Major Industries Where Web Design Jobs Are in High Demand

Every design is heavily influenced by creativity and innovative ideas. The demand for designers has always been high even before the advent of modern computing and information technologies. In the modern business ecosystem, every business is extensively influenced by software applications, websites, and online platforms to achieve business goals.

So, almost every industry requires designers directly or indirectly. Let’s have a look at the top industries where the demand for web designers is very high.

The software development industry is the core consumer of web designers. They require web designers in developing websites, web applications, mobile applications, and enterprise applications. There is a huge software industry spread all around the world, especially in North America, Europe, Asia Pacific, and other regions. The demand for web developers will remain in this industry for many years to come.

The SEO and web optimization industry is also in need of many web designers to make their websites responsive and interactive. Search engine indexing is heavily affected by website design. If your website is not properly designed, it may not rank well in search engine indexing. So, web designers are required to optimize the websites for SEO and other marketing strategies.

The mobile application development industry is one of the fastest growing in the sector. Millions of Android, iOS, Windows, and other mobile apps are already available in the market and their number is only growing. The demand for UI/UX developers in mobile app development is huge.

The large average of UI/UX designer salaries is a clear indicator that the demand in the market for UI/UX designers is higher than that web developers in all major countries.

User interface (UI) and user experience (UX) designers play a vital role in modern web development in the industry. They are complementary to each other with certain differences.