Governments exist to protect their citizens. They provide laws, infrastructure, and security. The challenge comes when the very laws and systems that are supposed to protect society become the thing that puts society’s basic principles at risk. This is what is happening to online privacy in Australia. 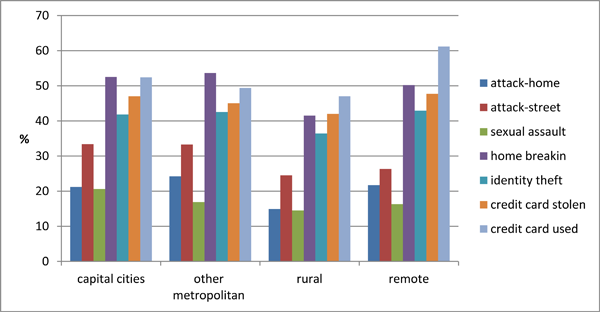 Australia has, for many years, been seen as a beacon of freedom. Now, it is embracing laws that on the surface are designed to make it easier for law enforcement agencies to combat the acts of nefarious individuals who use digital encryption to transmit dangerous information. However, if history and examples of countries around the world are to be believed, Australia runs the risk of joining so many other countries that have used their enhanced surveillance apparatus to spy on its own citizens at home as well as spy on foreigners abroad.

With every decision it is making, the Australian government is showing that it does not care about its citizen’s online privacy. Instead, they seem intent on joining the headlong race to the bottom that many so-called “democracies”, as well as totalitarian regimes around the world, are in. The anti-encryption capabilities that the Australian government wants would essentially legislate away the right to online privacy that Australia’s citizens deserve. This is one of the reasons why Australian residents should use a VPN.

Are the Added Anti-Encryption Laws Necessary? The Australian Parliament, like many other governments around the world, argues that the digital world has made it easier for bad individuals to communicate with each other. Terrorists and the like are able to communicate with each other and shield themselves with the protection of encryption. This allows them to hide in plain sight. They are able to plan horrific acts of violence with no one being the wiser.

Why You Should Care

The digital activity of people around the world has become centralized. Every bank transaction, phone call, email, social media post, or message travels through an interconnected network of routers, wires, fiber-optic cables, and servers. This network spreads across the world with information, crossing borders at almost the speed of light.

When governments that do not have strong online privacy protection seek the appropriate warrants and court orders, the physical conduits that are used to transmit people’s private data become the government’s own personal listening post. It allows governments to listen to their own citizens and others at home or when they are on foreign soil.

Here’s why we say it feels like Australia is not concerned with its citizen’s online privacy. Most of the time, the government is not using its power to track down would-be terrorists. They are monitoring the innocuous phone calls, messages, and social media posts of everyday people. In doing this, they are able to keep their fingers on the pulse of the sentiment of their countrymen.

How This Could Affect Future Freedom Fighters

Think about what this means for freedom in the future. Decades ago, when a group of young people wanted to meet together to discuss working against an oppressive regime, they might meet in someone’s basement or in a coffee shop to plan their week’s protests.

Now, they do so using WhatsApp. In a society where online privacy is not protected, all that would be required is for a programmer to create a small security bug and the government has free access to a group of dissident’s conversations. In some parts of the world, this could lead to people losing their lives. The privacy laws the Australian Parliament is currently considering could force communication services and makers of devices, such as tablets, cell phones, laptops, and social media platforms, to disclose encrypted information on request. And while the laws would not force tech companies to build the backdoors into their cryptic services, this was done less out of a concern for Australian residence’ privacy and more out of concern that the vulnerabilities created would be a welcome mat for hackers.

There is genuine concern about the broad wording of the anti-privacy legislation being decided on in Australia’s Parliament. Any company that writes any software that gets installed on computers, connected to a network, or installed on mobile devices will be classified as a communications provider, meaning that they could be compelled to give up their customer’s private data.

What do you think? Are you concerned about the decrease in online security being seen around the world? We would love to hear from you in the comments section below. Why Data Protection is Important in the Health Industry

How ISPs Improve Your Cybersecurity