David Robinson, who is the Stack Overflow Data scientist examined the Developer Stories of the site. He enabled the option for the developers to add tags for the operating system, languages, libraries, and platforms which they like and don’t like at all. It is the perfect way to examine the opinion of the hundreds of the developers across worldwide.

So, here are the most disliked programming languages: 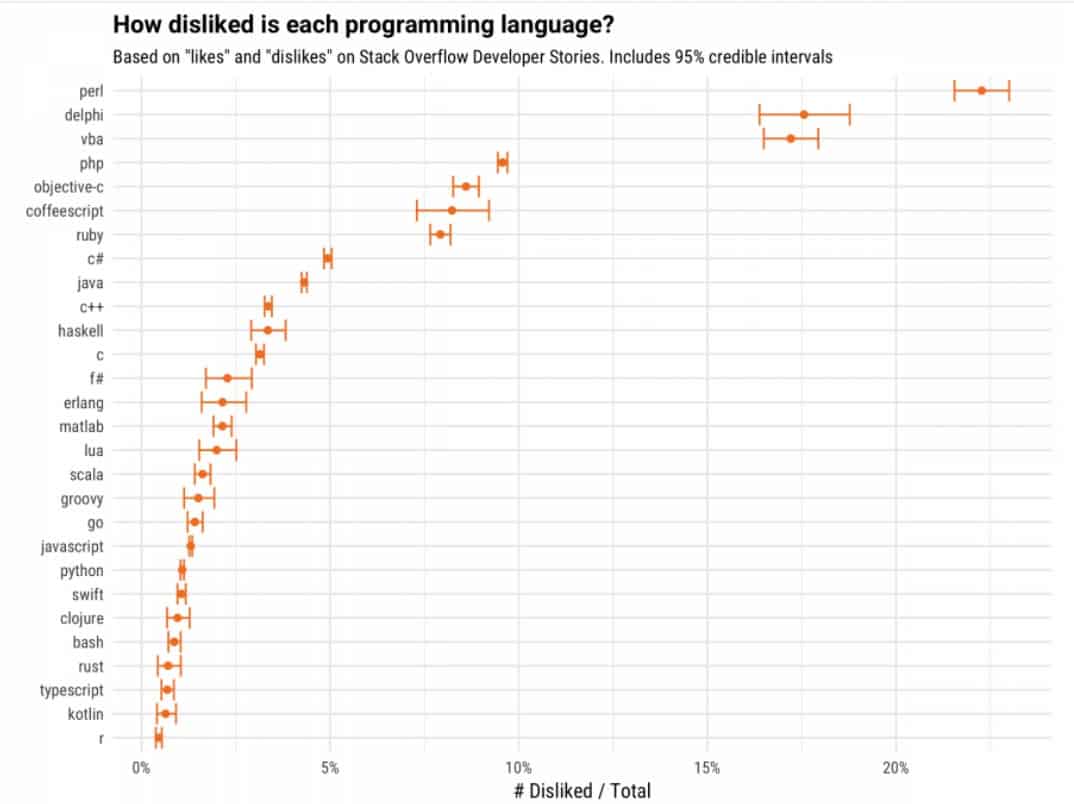 This report doesn’t support a causal relationship, where the tags used by the developers to dislike the language means the languages are abandoned. But, they feel comfortable while expressing their dislike publicly that the language is shrinking in the popularity.

Stack Overflow also examined the most disliked technologies with the help of the same survey and they found the top five:

They found the most liked technologies as well:

Also, they have made the statement that Python is the fastest growing language and by 2019 it will surpass all other programming languages as per the developers.