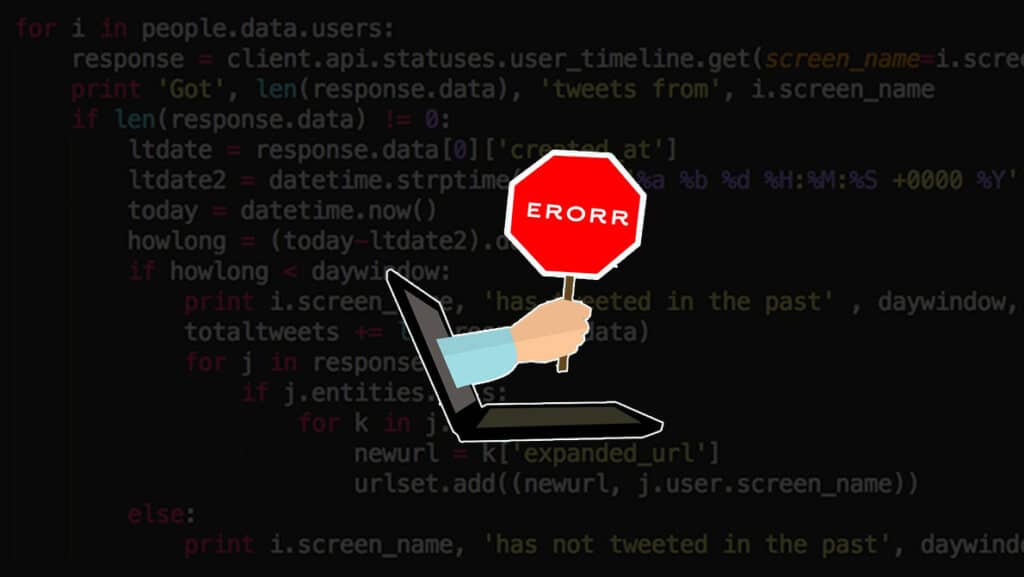 As a programmer, you have to expect bugs. In simple terms, a bug can be defined as an error in a program. During the coding of a program, we often make some mistakes. These mistakes showcase themselves as bugs in your code. Writing a code is the easy part. The hard step is the debugging (Searching for the errors or bugs in a program). And it can get especially frustrating in situations where you create more bugs instead of fixing the current one. If you haven’t encountered the following bugs, you should expect them any time soon:

These types of bugs may be miniature, but dealing with them is no easy task. You will receive compiler errors, and then spend hours, or even days trying to figure out where you went wrong. Such bugs include forgetting that little semicolon or bracket. In a programming language like Python, you can face trouble when indentation is wrongly done. Tiny bugs can be spotted when using the right IDEs. Little errors are the most annoying of them all because you know they can be easily fixed, yet, you spent so much time trying to locate them.

This type of bugs doesn’t even exist. Yet, you are getting compiler errors. These may happen when you use a wrong or malfunctioning compiler. You may start to see errors when there are none. Old compilers may not support recent changes. You should also update your compiler as often as possible. A piece of advice; choose your compiler with more care than you will choose a life partner. Sometimes, your code may run perfectly, but you could get errors after a compiler update. This means the compiler simply showed you the existent bugs which couldn’t be detected before.

You get this when you make syntax errors or spelling mistakes. Such also appear from arithmetic, logic or resource errors. Resource faults can include using a wrong data type and access violations. Every programming language has its own syntax, which should be followed meticulously. A mild deviation from what is expected could ruin everything. Luckily, a good compiler could spot such errors. It will then be left for you to fix it.

Such bugs never show themselves in the compiler. It is only after the software is installed and in use would you start seeing their manifestations. There will be crashes and unexpected behavior. In most cases, hidden bugs are in the form of vulnerabilities which render the software insecure and prone to hacking.

Surprise bugs appear out of nowhere. Your code may run flawlessly today. Somehow, it won’t work well the next day. It will leave you wondering whether someone messed with your code while you were sleeping.

With more time coding, you get better at debugging. Some bugs can be fixed in 5 seconds. Others can be fixed in 5 days. And there are some bugs which you may never fix, sadly. Recall that you can create 5 bugs while trying to fix two. If your code works, you probably shouldn’t touch it.