The Battle of flagship killers has begun. Let us compare Honor 8 Pro Vs OnePlus 5 and find out which one wins.

The Honor 8 Pro has a 5.7 inch LTPS IPS LCD display with 2560 by 1440P resolution; the OnePlus 5 has a 5.5 inch full HD optic AMOLED display. When it comes to the color reproduction of the display of the Honor 8 Pro default the display has a cool tone to it which means that you will see hints of blue all over the place one of the biggest downsides of the display is that the viewing angles are not great.

The Honor 8 Pro has a 12 megapixel plus 12-megapixel camera setup with one being an RGB sensor and the other being a monochrome sensor. When it comes to the performance of the rear camera in valid situations both the cameras, click good pictures. If you are looking for a good bokeh effect, then the Honor 8 Pro has a better camera, but for regular shots, both the smartphones have good cameras. When it comes to low-light photography the One Plus 5 wins.

The Honor 8 Pro runs on the new Huawei’s Kirin 960 processor and the One Plus 5 runs on the Snapdragon 835 processor both the smartphones have 6 gigabytes of RAM. Starting with Honor 8 Pro, there was no noticeable lag hiccup or problem, with launching everyday apps and playing games be it multitasking browsing or heavy gaming the Honor 8 Pro can handle anything. The fingerprint sensor at the back it is blazing fast and accurate it unlocks in a heartbeat, and that is very good.

The One Plus 5 is also blazing fast not just regarding synthetic benchmarks but also how it feels and performs on regular usage. From app load times to multitasking browsing and heavy gaming the One Plus 5 makes light of everything you use the device. We never encountered any serious heat issues with the device, upon prolonged gaming sessions the device gets a bit warm, but it never comes anywhere close to being uncomfortable or alarming. When it comes to benchmarks However the one plus 5 leaves the Honor 8 Pro in a trail of dust.

Huawei suffers biggest-ever drop in revenue after US sanctions 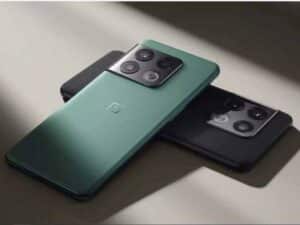