What makes games feel real is the physics in it. Angry Birds wouldn’t feel as good and definitely have achieved the level of popularity that it has, if there had been no physics in the game. The piggies rolling over, bumping into structures and bringing down entire wooden buildings feel so natural. This is made possible thanks to Physics engine. Mainstream games use much advanced APIs like PhysX and Havok. Browser based games use JavaScript libraries like box2web, Ammo.js, Cannon.js, JigLibJSetc. Box2D is open source 2D physics engine that has been used for implementing 2D game physics across a great many platforms. Some of the games built using the engine are Angry Birds, Happy Wheels, Tiny Wings, Crayon Physics Deluxe, Limbo etc. Box2D has been used on Nintendo DS, Wii, mobile OSes like Android, BB1O and iOS. It has also been ported to many languages and we are going to be looking at one such part – Box2dWeb, a JavaScript port of Box2D.

Firstly, we are only working with 2-dimensional physics and Box2dWeb is only programmed to simulate physics in a 2-dimensional world. Its constraint system is called joints and it’s easy to set up and use. Even setting up collision detection is relatively simple since you just have to add a listener to that particular object. It is quite fast to execute and as with any programming language, only poor coding can mess that up. The API is very simple; you can always refer the original C/C++ manual or the manual for the Flash port if you find the JavaScript manual lacking. Overall, it’s a feature rich 2-dimensional physics that is supported on all major browsers. 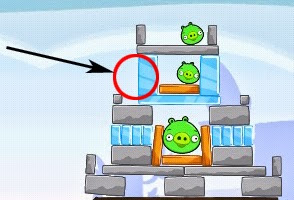 We’ll get the body tag out of the way first. It’s just the canvas within which the demo takes place.

Now, the very first thing that needs to be done is to set up a world in which all of the actions are to take place. To do this we need to create an instance of b2World which in turn requires you to declare a vector along which the force of gravity will act upon all objects (both free-falling and pivoted) within the canvas. Vectors are defined using the b2Vec2 function, which is a 2D column vector with two elements.

After downloading the file you can view the source by pressing Ctrl + U.

Once, this is done, we’ll add a ground surface. We create objects and define their state using b2BodyDef and then create fixtures using b2Fixtutre and define their physical properties like density, friction, restitution etc. using b2FixtureDef. An entire list of all parameters that can be used if available in the documentation. 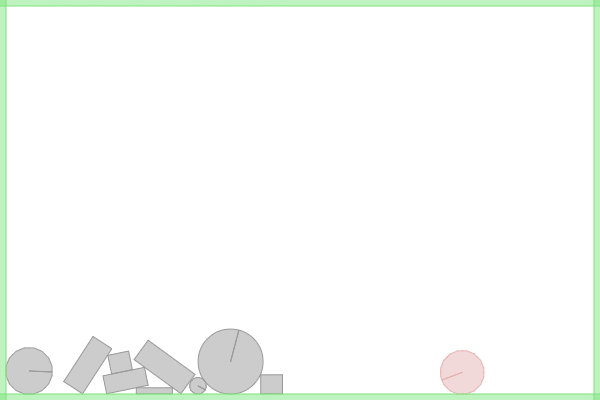 You can use the same definition to create walls and enclosures. Now we’ll add some objects that have random characteristics. We’re going to be adding ten objects and we’ll be randomizing their shape (quadrilaterals or circles). Further on, even the length/ width/ radius will be randomizing along with the co-ordinates where they are to be initialized.

An optional step is to setup debugdraw, which paints all the objects so you can observe interactions and subsequently debug. You can also mark out the object that is active and non-active using different colors.

The last thing that needs to be done is to update the world whenever actions are performed. These can be user generated actions or actions resulting from incidental collisions of objections in the game world.

To summarize, we’ve created a world, implemented gravity along a vector. A ground surface was added as a rigid body and then ten random objects were generated that would drop down and collide with the ground. This is the simplest implementation of the JavaScript library and we’d love to see any works that you’ve created using the same library.

As created by digit

Example Featured in this article