The field of virtual reality has taken amazing new leaps recently. Many gadgets enhancing the feel of virtual reality has been introduced which provided amazing effects. Gadgets like Occulus Rift and Carl Zeus’ VR One have changed the definition of virtual reality as once we had conceived it. It teleports you into a totally different and mesmerizing world by not only providing audio and visual aids but also touch. It is definitely going to change the logics and parameters of advanced gaming, with such technology in hand it would feel like living the game not merely just playing it. To bring the touch factor in virtual reality, Dexta Robotics have invented an exoskeleton hand that will enable a user to touch a virtually realistic object. On March 26 2014, Dexta Robotics was formed which is a robotics start-up that focuses on developing high quality but affordable robotics hardware that lowers the boundary of robotics and virtual reality.

This crazy awesome device provides a way to work together with the digital world. It allows you feel the size of the virtual object you’ve picked up on screen which is called haptic feedback. It might even be affordable, if Dexta robotics can manage to raise the funds via Kickstarter.  It’s called the Dexmo and it’s an intriguing device for VR enthusiasts. The company has announced the launch of that product’s Kickstarter campaign which will give enthusiasts early access to a device that not so long back would have been considered a work of science fiction.

Dexta Robotics, a Chinese startup firm born in March of this year, was founded to bring this new product to life. After iterating through some 17 prototypes, the company have decided to release the Dexmo in two versions via a new Kickstarter campaign with a goal of $200k, according to the company. The Dexmo exoskeleton is compatible with virtual reality systems like the Oculus Rift or can serve as a robot controller to control mechanical arms and hands. The company also note other practical uses of the hardware such as, using a robotic arm to diffuse and dispose bombs, control remote-controlled cars, smart lighting and list goes on.

Dexmo’s goals are quite noble: to make such motion-capture contraptions available to interested parties at an affordable price. And by interested parties, they don’t just mean researchers robotics engineers. Dexmo can be used by almost anybody, from controlling robotic hands to gripping VR objects.  Dexmo comes in two types, Classic and F2. Both types boast of Dexmo Robotics’ 11 degrees of motion, being able to capture three degrees for the thumb (bend, split, rotate), and two (bend, split) for each of the remaining four fingers. What the Dexmo F2 adds is digital force feedback for the index finger and thumb only. This allows the exoskeleton to mimic what those same fingers would feel if they were holding something solid, like a ball. It does so by braking the joint of those two fingers and constraining their movement. 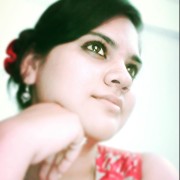 charu
A graduate from Sir Padampat Singhania University, Udaipur with a keen interest in latest technology and robotics. Looks forward to Adventure sports, swimming, hiking during leisure time. You can also follow me on instagram at charu_1313