I mean, dying is horrible, but dying slowly and in pain is far worse. Some of the many possible ways to perish are quite horrible. Death by suffocation, suffocation by burial, death by sickness. I, for one, am quite curious to find out the very worst ways to die, as determined by experts in the field. Together, we can narrow down the worst possible deaths by going down this list. Ionizing radiation, such as that produced by nuclear power plants or perhaps even weapon testing, is at issue here, not the radiation emitted by cell phones. Irradiation at this level is sufficient to permanently alter the cellular structure and render DNA irreparable. This kind of death damages your system and progresses at different rates depending on how much you’ve been introduced to it. The inhabitants of Nagasaki and Hiroshima are still feeling the effects of the atomic bombs detonated on their cities by the United States Army Air Force. As a species, we’ve been used to living on dry ground and, in certain circumstances, we actually do worse in the air or even the water than we do on dry land. For our own safety, we avoid pressure fluctuations by enclosing ourselves in airtight chambers maintained at a constant level. Decompression occurs whenever there is a pressure change, even if it’s only a little bit, as would happen if a hole were punctured in the balloon. It’s a horrible way to meet your end.

When we travel at greater altitudes, the air pressure drops, making it more difficult for our lungs to acquire enough oxygen. In situations of punctures in the vascular decompression happens which leads to oxygen deprivation and ultimately humans may even be pushed out if the opening is large enough and die! 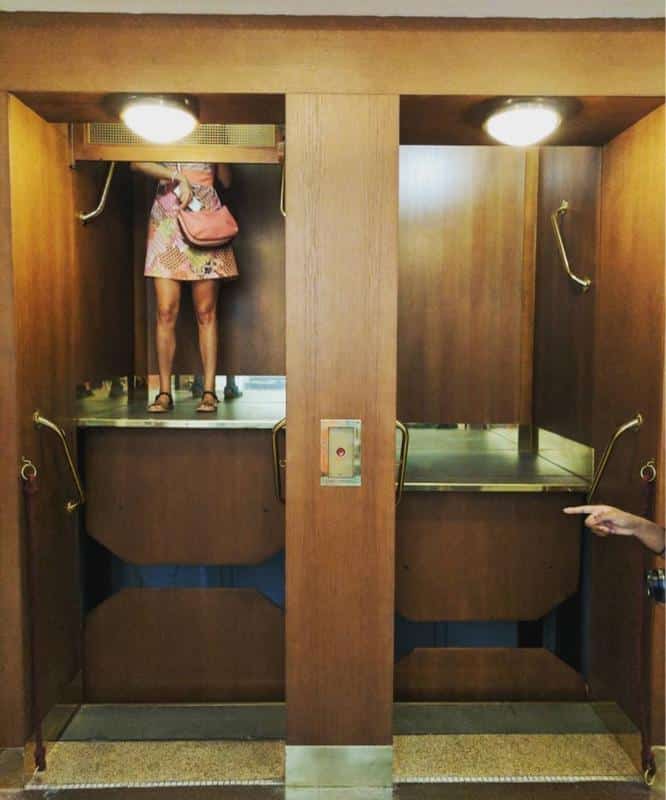 Elevators have always struck fear in me, and with good reason. While instances of a free-falling elevator are extremely uncommon, I still prefer to avoid taking my chances and use the stairwell. Nowadays, there are a plethora of ways to perish in a plummeting elevator. A horrible death might occur as quickly as the elevator doors close.

In this case, you’re not only fighting gravity. A fall and explosion are other possibilities, as could electrocution from the elevator’s frayed cables or any dangling components. Boom! Your inside organs have finished their masterpiece on the wall, and you are now dead. Volcanoes are dangerous enough as it is. Since the lava is very hot, it’s only natural that you’ll endure excruciating pain before meeting a horrible end. Not convinced? Learn how the eruption of Mount Vesuvius’s infamous “Mouth” led to the destruction of the city of Pompeii. Ready to experience dying by a volcano?  A person landing near a volcano would be comatose and in purgatory, by the moment the lava, which has just been spewed, reaches a heat of over 2200 degrees Fahrenheit.

Their bones will crumble and they’ll burn to a crisp. I don’t see why someone would want to go around a volcano’s top. Second, you risk death from heat stroke, hazardous gas inhalation, and suffocation.