Apple has unveiled its 14th generation of iPhones, each of which has a satellite-based SOS emergency communication system in place of the more conventional cellular and Wi-Fi networks. Okay, however, how does it really function? When you’re not in reach of Wi-Fi or cellular connections and want to transmit an urgent message, you can use satellite communication with 14 iPhones. Apple did specify that the function is best used in wide areas with an unobstructed vista of the sky, such as large deserts as well as lakes and rivers. Sky conditions, trees, and mountains may all interfere with network speed.

The satellite connection feature will not work unless you are linked to a satellite. When you open the application on your iPhone, a search screen will appear; using your device’s rotational capabilities, you may choose the location that is most convenient for you and then choose it.

This feature is not for voice communication, but rather for delivering urgent SOS notifications in case of an emergency. There’s no room for romantic letters or questions about dinner plans. Before delivering a message of its own, the app will ask you a set of questions to determine your current state. If you have a satellite link, this data will be transmitted to the appropriate authorities automatically. For the sake of maximum speed in communication, Apple has developed a one-of-a-kind compression technique that reduces the size of messages by a factor of three. The document states that if there are no obstructions to your sight of the sky, the text should be transmitted within 15 seconds.

Each of the 14 iPhones has a unique accelerometer as well as a gyroscope that may detect collisions and other incidents by detecting the acceleration caused by the impact. When a crash is detected, a signal is sent to a satellite that may provide assistance. If you are going someplace really “wild,” you may broadcast your position even when you are out of service and Wi-Fi range by connecting to a satellite. Globalstar, with whom Apple has collaborated to provide satellite connection, would become Apple’s authorized satellite operator, devoting 85 percent of its current and planned network capacity to supporting Apple’s newest and,  obviously, future iPhones. According to the terms of service, Globalstar is responsible for providing and maintaining all resources, including staff, software, satellite systems, and more. 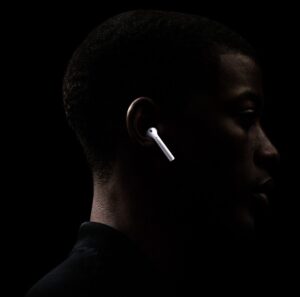