Cozy Games are like concentrated doses of treatment. They have therapeutic benefits similar to coloring books and might be used as a substitute. The gameplay is soothing, the visuals are stunning, the gameplay mechanisms are original, and the game itself is quite forgiving. The major drawback is that cozy games often originate from independent companies and game production teams, thus it may take some time for the whole game to be launched even if a teaser or sample has already been made available.

Here are a few cozy games to play right now if you can’t stand waiting for the next one.

Since I was in need of a Switch game, I decided to give Cozy Grove a try. I use my Switch nearly entirely while watching TV, so I like titles that keep my mitts occupied without requiring a lot of mental effort. Cozy Grove is kind of like that, but not entirely.

The gameplay is standard fare at best. You have been tasked with assisting the locals of an island. This is accomplished by regular activities including foraging, harvesting, bug trapping, and performing missions. What’s the catch? The inhabitants are spectral bears that are unable to leave because of unresolved anger, sadness, or trauma.

The gameplay isn’t too difficult, but the narrative is what really keeps you engaged. Not instantly; Cozy Grove operates in real-time. That is to say, there are 24 hours in a single game day. This allows for a more leisurely progression of events.

Take place on Earth, where you own successful coffee business. In this world, humans coexist with orcs, werewolves, and other fantastical beasts. Over the span of two weeks in-game, the story develops. Mix drinks while becoming acquainted with regulars and their issues. While a drink-making minigame is included, the game’s major hook is the narrative rather than the gameplay.

Coffee Talk has been on everyone’s game list since June 2020. The game may be played on the Switch, Steam, Xbox, and PlayStation 4.

In all candor, Townscaper is beyond my understanding. So far I’ve put in 10 hours and although it’s immensely engrossing, it’s still strange to play a game with no other goals in mind. There are no quests available. A lack of romantic prospects. In reality, there isn’t even a cast.

Instead, in Townscaper, you’ll be constructing your very own city. what makes it intriguing is the player’s limited ability to influence the game. Adding or deleting a component results in more complex mansions and cities. So long.

Gardens, sculptures, bridges, staircases, terraces, and patios may all be added to your city’s huge central plaza by strategically adding and deleting components. 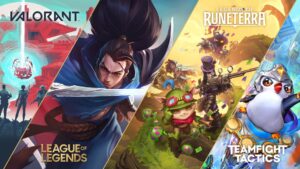