Google in fight with Malicious extensions and toolbars with brand new antivirus for Chrome , but is it really good for already overeaten memory?

The first of these changes quietly rolled out last month. Chrome can now detect when any extension or installer bring changes in browser settings without any user interaction, and will offer to revert the changes to user.

You’ve probably seen installers that ask to change your homepage or search engine (Bing by Microsoft used to do that similarly Yahoo and many unpopular ones), or ones that do it without your knowledge. Chrome will detect these changes, and the next time you open the browser, it will ask to restore the original settings, isn’t it cool so no more scrapping our heads no more useless extensions or search engines.

Secondly, Chrome on Windows will have some form of antivirus built-in, called Chrome Cleanup. Google says that the browser will prompt you when it finds ‘suspicious/malicious or unwanted programs’ on your PC, and give you the option to remove them completely and permanently.

Google worked with ESET (Antivirus Giant) to utilize its detection engine for this feature to work, but the company is quick to note that Chrome Cleanup is not a general-purpose antivirus. It sounds like this feature will replace the standalone Chrome Cleanup desktop program, which had a similar purpose.

Many users have mixed feelings about the new Chrome Cleanup feature because it could be Buggy. It could remove your precious cracks. I’m all for removing things from Chrome that the user didn’t install on purpose. But Chrome is already somewhat of a performance hog, especially when it comes to RAM usage, and scanning for malicious software will only make it worse.

Google also says Chrome Cleanup isn’t a general-purpose antivirus, which means users would still need separate software, leaving them with two programs constantly scanning their PC, which would further increase the RAM usage leaving us to curse chrome for doing it and google for ruining the RAM far more.

You can read Google’s blog post about these changes they have a full detailed article and with even more exciting features. Also, The Chrome Cleanup feature will not be included on Chrome for Mac and Linux and will be on Windows on Beta phase. 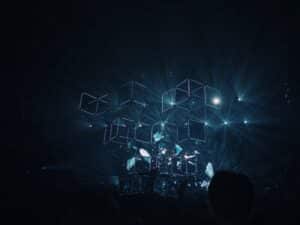